Take some time to listen

Take some time to listen 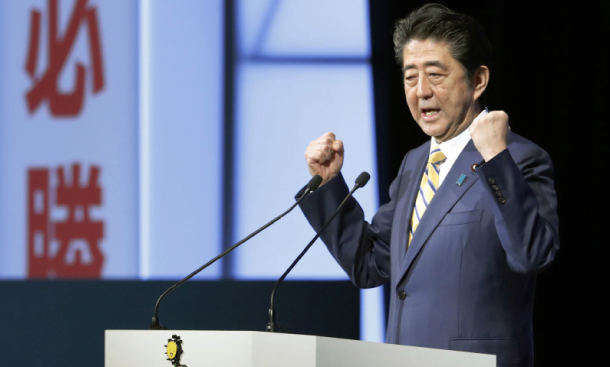 A Japanese friend told me about Prime Minister Shinzo Abe’s comment saying “not a bit.” The controversial comment is from the House of Representatives’ budget committee meeting in October 2016, where he was asked whether there was a possibility of sending a letter of apology to the victims of wartime sex slavery in addition to the comfort women agreement. Abe said, “I don’t intend to, not even a bit.” After the remark, public opinion in Korea regarding the comfort women agreement quickly worsened and grew cold.

The friend explained that the model answer from the Foreign Ministry was “I am not considering it.” But Abe made it harsher. It was a verbal attack toward Koreans, who would even get mad at “not considering it.” He may have earned points from those in the far-right, but he failed diplomatically.

In contrast, the Japanese people expressed regret about comments made by National Assembly Speaker Moon Hee-sang in a recent interview with Bloomberg. He urged for an apology from Japanese Emperor Akihito, saying he is “the son of the prime war criminal.”

The presence of the Japanese Emperor in Japan is greater than I had expected. Koreans find his comment gratifying, but Japanese people are different. Intellectuals familiar with Korea claim Akihito has lived his whole life repenting for the war, and wondered why Moon, who served as the chairman of the Korea-Japan Parliamentarians’ Union, said it.

As the controversy spread, Moon clarified he was referring to the fact that Akihito is the son of the Japanese Emperor at the time of the war and was stressing the need for a sincere apology. The Japanese people think that a veteran politician could deliver his true mind without using such harsh words.

Abe’s response was undiplomatic. When appearing at the House of Representatives, he suddenly said he was surprised by the comment and it was very inappropriate. He lost his composure and claimed the comfort women issue was already over.

Even in Japan, he was criticized and people said he should have at least added an expression of consideration for the victims. At the New Year’s press conference, President Moon Jae-in answered questions from a Japanese reporter, and said he had intended to select the reporter behind him. Some Japanese people felt the comment was unnecessary.

In Korea-Japan relations, not only what you say, but how you say it matters. The entanglement of the two countries should be resolved from understanding the weight of words, but if neither side intends to try to understand the other, it will be useless.