DSME union votes to strike on planned takeover by HHI

DSME union votes to strike on planned takeover by HHI 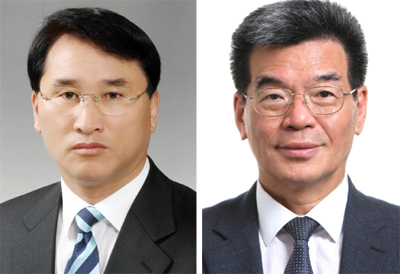 The decision comes after two days of voting that ended Tuesday.

While about 5,200 of the 5,600 members of DSME’s labor union participated in the vote held from Monday, over 92 percent voted for industrial action. The HHI labor union will also start voting on the same agenda beginning today.

Both labor unions are concerned the acquisition will lead to restructuring and layoffs.

Earlier on Tuesday morning, top management from HHI told employees that its plan to acquire a controlling stake in DSME is a decision crucial to invigorating Korea’s sluggish shipbuilding industry in the long term, but the argument did little to calm the labor unions of both companies.

In the statement, co-CEOs Han Young-seuk and Ka Sam-hyun of HHI noted, “Despite some signs of recovery in the shipbuilding sector, there is internal consensus among industry insiders that it is not easy to recover the competitiveness of Korea’s shipbuilding industry when each company is focused on their own survival.”

The heads added the deal will not compromise on the “sacrifice of any one company” and that they will set their primary goal as boosting employment and regional economy at major shipbuilding areas, including Ulsan and South Gyeongsang in close cooperation with the government and parts suppliers.

“HHI already has experience in acquiring Halla Heavy Industries, which was under court receivership, and making it one of largest shipbuilders in the southwestern part of the country,” the CEOs said. “We will make DSME a top shipbuilder based on that experience.”

As HHI is scheduled to sign an acquisition contract with DSME’s main creditor Korea Development Bank March 8, the labor unions are expected to increase industrial action in an attempt to upset the deal.