Tongyeong has a date with destiny: The annual music fest is stacked with Asian and world premieres

Tongyeong has a date with destiny: The annual music fest is stacked with Asian and world premieres 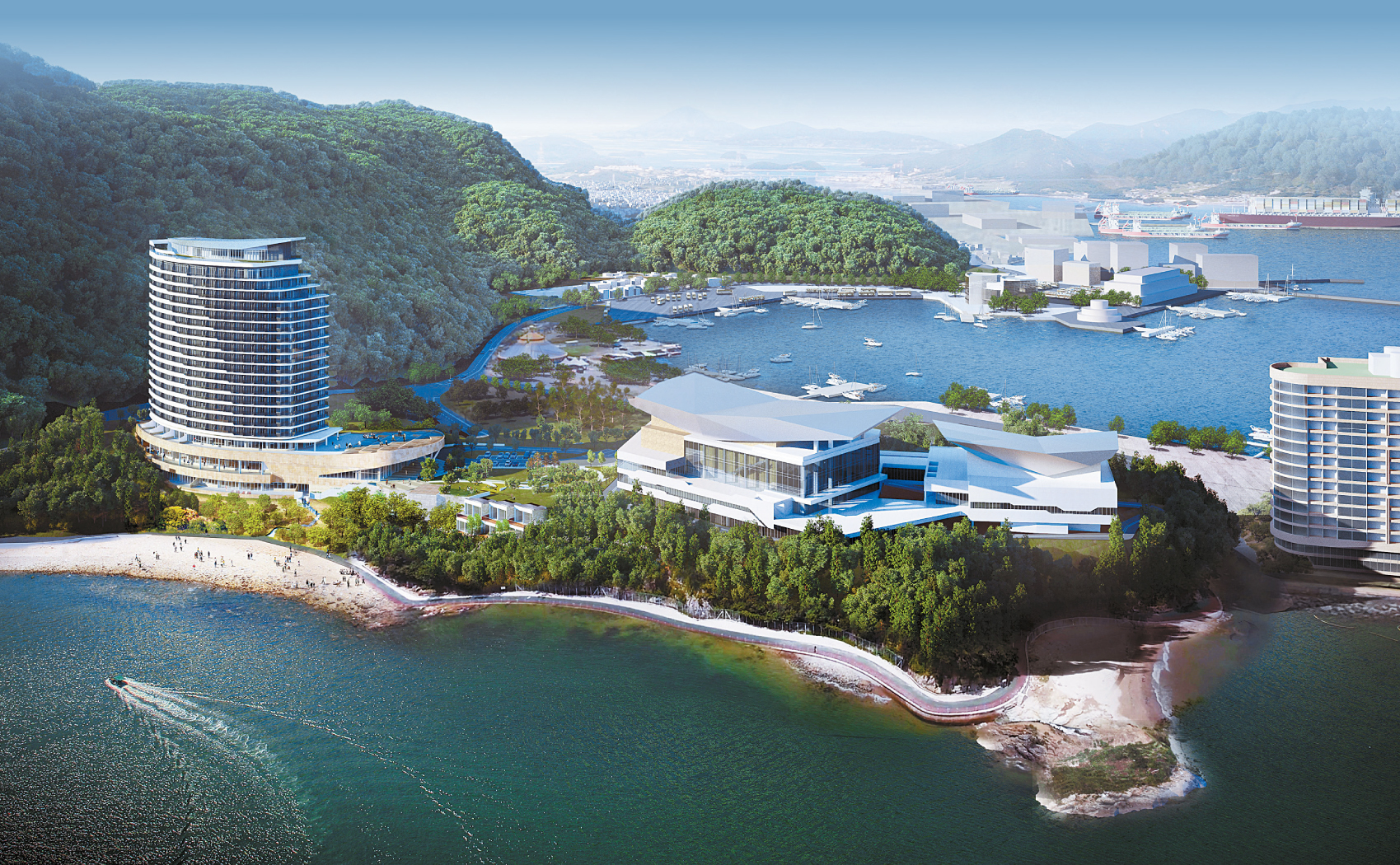 The Tongyeong Concert Hall, home of the Tongyeong International Music Festival, sits at the edge of the coastal city in South Gyeongsang. [YONHAP]

It’s that time of the year again when the southern coastal city of Tongyeong rings out with the music of its hometown hero, composer Yun Isang (1917-95), for the annual Tongyeong International Music Festival. Under the theme “Destiny,” the 10-day event kicks off on March 29 at the Tongyeong Concert Hall in South Gyeongsang with “The Destiny Symphony” performed by the Lucerne Symphony Orchestra from Switzerland.

“Usually, the opening piece of an opening concert is not a symphony, let alone Beethoven’s ‘Destiny,’” said Kim So-hyun, an official from the Tongyeong International Music Foundation. “But next year marks the 250th anniversary of the great composer’s birth and we wanted to get a head start in celebrating it by starting the festival with his piece.”

But Beethoven is not the only reason why the foundation came up with the theme of “Destiny.” Florian Riem, CEO of the Tongyeong International Music Foundation says that 2019 is the “year of destiny for our foundation.”

“Last July, Tongyeong elected a new mayor and we had to work with the new government. It was a great challenge for us to prove ourselves, to maintain our quality and work together with new partners,” he said. “Personally, it is also a year of destiny for myself as it is my sixth year working for the foundation and every year you have to prove yourself. You always want to be creative and always want to be better, and this year [we challenged ourselves] to produce an innovative event filled with great music that’s convincing to our audiences at the same time.”

That strategy is why there are many world and Asian premieres planned for this year’s festival. Riem believes those who come to the event are “destined” to hear them first.

“We have a lot of meaningful new music,” Riem said. “Much of the programs are related to destiny. Yun Isang, who always cared about his country and wondered always what was happening at his home country once said, ‘Where there’s injustice in the world, where there’s suffering, I want to have a say with my music.’ Audiences will be able to hear this idea in the music.” 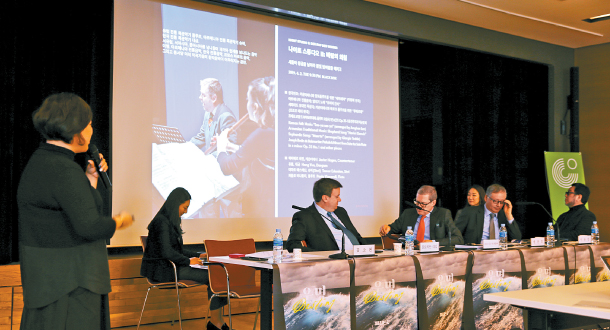 Right after Beethoven’s “The Destiny Symphony,” the Lucerne Symphony Orchestra will perform the Asian premiere of Heinz Holliger’s “Ostinato funebre.”

In the festival hall’s Black Box, newly-adapted opera works by Japanese composer Toshio Hosokawa, who is known as one of Yun’s best students, will be staged from March 29 to 31. The opera titled “The Maiden From the Sea” is in the style of Japanese Noh, or a form of traditional Japanese musical drama.

Noh singer and dancer Ryoko Aoki will perform on stage while soprano Sarah Wegener will sing under the baton of Sung Shi-yeon. This performance will also be the production’s Asian premiere. All seats cost 50,000 won ($44.30).

Another highlight of the festival will be the faberge - quintett and Behzod Abduraimov’s concert on March 30. According to the foundation, the program includes Frank Zappa’s “Three Pieces,” which Kim says was “really, really difficult to get.”

“Our foundation, I believe, has no difficulty getting the music sheets we want to play, but this one was extremely difficult,” she said. “The anticipation is high, and those who come to listen to this performance are really destined.”

On March 31, the Lucerne Symphony Soloists will perform several pieces, including Yun’s “Quartet for Oboe, Violin, Viola and Cello,” which was composed in 1994, a year before his death. The music was dedicated to Heinz Holliger, an oboist. For this performance, the oboe will be played by Holliger’s student Andrea Bischoff.

For more information about the festival, visit www.timf.org.