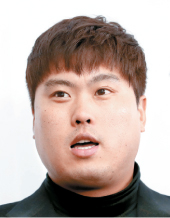 Though the left-hander downplayed the significance of the date, Ryu threw his first live session of the spring four days faster than a year ago. It’s a sign of better health for the 31-year-old with a history of shoulder and elbow injuries; it also likely means he will make his Cactus League debut sometime in February, something he hasn’t done since his sophomore season in 2014.

“Physically, I am ready to go early in the preseason,” Ryu said after his session at Camelback Ranch here. “I’ll have to talk with my coaching staff. Whether it’s another live session or an appearance in a spring game, there shouldn’t be a problem. I’ll only be throwing a couple of innings this time of the year, anyway.”

The Dodgers will play their first spring training games against the Chicago White Sox Saturday.

Ryu didn’t pitch in an exhibition game until March 12 in 2015 and missed the entire regular season that year after undergoing shoulder surgery. He was still rehabbing in the spring of 2016 and ended up making just one regular season start that season before shutting things down with elbow issues.

Last year, he was in line for an early March appearance, but it was pushed back to March 11 due to the flu.

Scheduling aside, Ryu said while he didn’t have the command of his pitches that he would have liked Tuesday, he still had fun on the mound.

“I threw every pitch in my repertoire and made just the right number of pitches,” he said. “I didn’t check the radar gun. I threw two changeups, three curveballs and two sliders.”

As for his chat with catcher Austin Barnes, Ryu said, “He told me he liked my cut fastball.”

During the offseason, Ryu repeatedly said his main goal for 2019 was to stay healthy for the full season. Ryu has been placed on the disabled list at least once in every season since 2014; and he said he hasn’t lost sight of that objective.

“When a player is injured, it affects the player himself and his team as well. The primary goal for every player is to avoid getting hurt,” said Ryu, who had an excellent 1.97 ERA last year but only made 15 starts due to injuries. “My goal is to stay off the disabled list this year.”

Earlier Tuesday, former Dodger pitching great Don Newcombe passed away at 92. Ryu paid his respects to the inaugural Cy Young Award winner, saying: “A legend has passed. This is a sad day for Major League Baseball.”