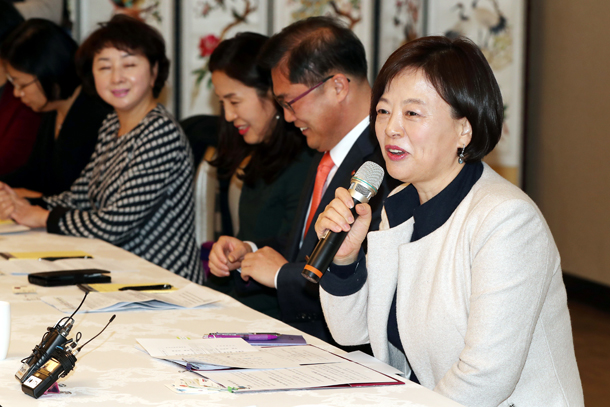 Following criticism over broadcasting guidelines released on Feb. 13, the Ministry of Gender Equality and Family decided to remove the part of the protocol deemed controversial on Tuesday evening.

The gender ministry was called out for stating that local television stations should refrain from featuring "people whose apperances are exceedingly similar to each other." The guidelines went on to say that "Most of the stars featured on music programs are from idol groups, whose musical stylings are just as limited as their appearances are […] most of the idol groups have similar skinny bodies, white skin, hairstyles, makeup and costumes that expose a lot of skin. The uniformity can be seen in both female and male [stars.]”

The section was seen by people from across the political spectrum as an attempt by the ministry to censor how people look.

"We will take out a part [of the guideline] that has caused unnecessary misunderstanding, and further improve it so that our intentions are better conveyed," said the Gender Ministry on Tuesday.

They emphasized, however, that the contents of the guidelines were not wrong, as it is the duty of the government to provide broadcasters principles that should be upheld in the making of television programs.