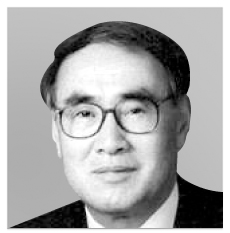 The author is former prime minister and an adviser of the JoongAng Ilbo.

The second U.S.- North Korea summit between Kim Jong-un and Donald Trump will be held next week. There are reports that working-level meetings are going well to coordinate a specific denuclearization roadmap and corresponding rewards from the United States. It is good news, but I am worried about whether the permanent solution can be agreed to as key issues threatening the Korean Peninsula and East Asian peace have not been properly addressed.

The North Korean nuclear cycle of the past two decades has been starting with creating tension then agreeing to temporary solutions and creating more tension. It entered a new stage in November 2017 when North Korea declared itself as a nuclear state. Twenty years after North Korea left the nuclear non-proliferation treaty (NPT) in 1993, it became the second East Asian nuclear state after China and ultimately declared that East Asia, including North Korea, is not a party to the NPT. By posing a new risk of international nuclear proliferation beyond East Asia, it clarifies the nature and focus of the North Korean nuclear issue.

At the Hanoi summit, U.S. President Donald Trump needs to express his position on responding to threats to the continental United States by North Korean missiles with nuclear warheads while asking Kim Jong-un about Korea and Japan’s nuclear armament. He has to ask Kim how Korea will respond to the unilateral nuclear armament of North Korea in the inter-Korean contest in the Korean Peninsula over 70 years and how Japan, the world’s third-largest economy, will respond to the fact that North Korean missiles flew over Japan twice. He needs to find out whether Kim really wants to make East Asia, including North Korea, an exception to the NPT.

It is regrettable that the U.S.-China summit is postponed. Because of the serious confrontation structure in trade, including tariffs, it won’t be easy for the United States and China to prioritize the nuclear issue. But when North Korea declared itself as a nuclear state and if it drives Asia to NPT exceptions, China’s ambiguous stance won’t be received positively as it is Asia’s only UN Security Council permanent member and one of the two superpowers with the United States. So I find it regrettable that Trump and Xi Jinping’s chance to talk about the nuclear issue and peace system in the Asia-Pacific region has been delayed.

There is no doubt that the denuclearization and economic development of North Korea would accelerate when U.S. and Chinese leaders agree. As Prof. Jang Heong-soo pointed out in the Feb. 8 issue of the JoongAng Ilbo, the economic development of the roadmap for North Korea should conclude with its entry into the World Trade Organization. However, North Korea’s re-entry into the NPT will lift UN sanctions and launch the march of rapid development. It will be the surest signal for North Korea to deviate from the status of an exception, which it voluntarily chose, and join the international community, especially the East Asian peace system.

It has been reported that the United States, the two Koreas and China have agreed on the need for a declaration to end the Korean War, which will mark its 70th anniversary next year, and move onto a peace agreement. But I think it is not appropriate to discuss ending the war without remembering the beginning. Who decided the beginning of the Korean War on June 25, 1950? Raising this issue is not to ask about the accountability of the war but to modify the range of participation in the end-of-war declaration and prevent a negative impact on the U.S.-Korea alliance. 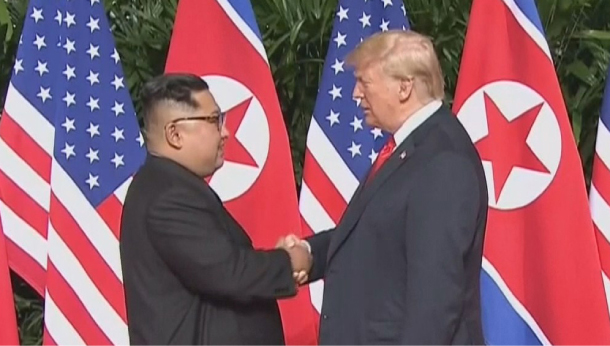 March 1, the day after the Hanoi summit between the United States and North Korea, is the centennial of the March 1st independence movement. Whenever I read the March 1st Declaration of Independence, I focus on the emphasis on “peace in Asia” as much as the rights and determination for the self-reliance and independence of the Korean people. Ten years before the March 1st movement in 1909, independence fighter Ahn Jung-geun was imprisoned in Lushun Prison for killing Ito Hirobumi, and he wrote “On Peace in East Asia.” Its key argument was that independence and self-reliance of Korea and peace in East Asia with cooperation among powers were codependent. Useless bravery cannot open a future for people.

The March 1st Declaration of Independence stresses the guidance of Ahn. There is no need to follow the examples of powerful and advanced countries. The promise to prevent the risk of nuclear war on the Korean Peninsula was already proclaimed to the world 27 years ago at the joint denuclearization agreement.