Sunmi to release song on March 4

Sunmi to release song on March 4 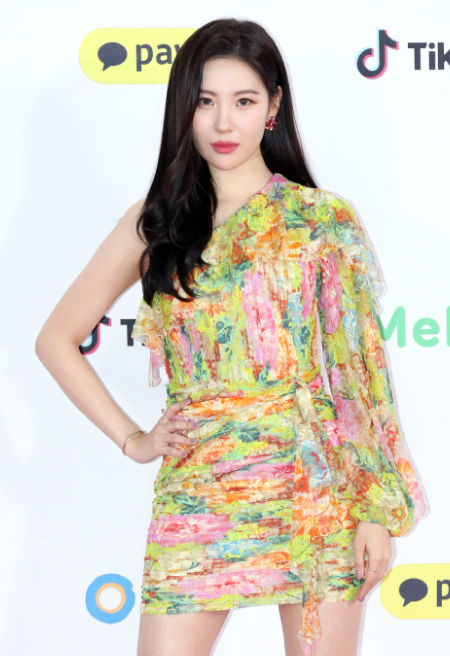 After a string of hits, singer Sunmi will release a new track on March 4, her agency Makeus Entertainment announced Monday.

On Sunday, the singer played a teaser video for the upcoming song during her concert at Yes24 Live Hall, southern Seoul.

Beginning with her track “Gashina” in 2017, Sunmi has had a triple crown of success, including last year’s “Heroine” and “Siren,” solidifying her reputation as a K-pop superstar.

Sunmi debuted in 2007 as a part of the five-member girl group Wonder Girls. She left the group in 2010, but rejoined in 2015. After the group disbanded in 2017, she went on to focus on a career as a solo artist.

She recently startled her fans when she uploaded a photograph on Instagram of her holding a fistful of green pills on Feb. 20, without much explanation. The next day, she suddenly began shedding tears during a live streaming session.

Makeus Entertainment explained the next day that the pills were a prop used on the set of a music video, and that her tears “were the result of emotions [she felt while] communicating with fans.”

Following the song’s release, she will be embarking on her “Warning” world tour, which starts on March 6 in the United States.