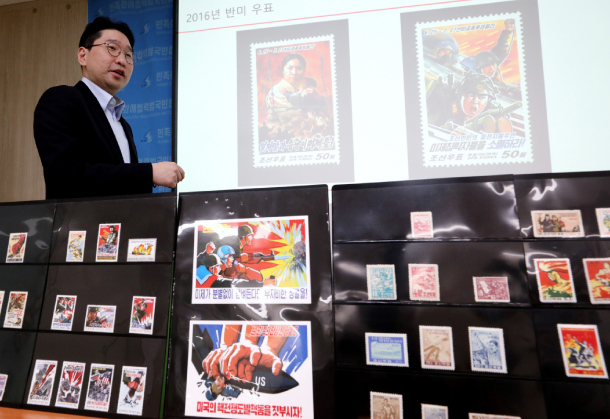 Lee Sang-hyeon, an expert on North Korean postal stamps, says on Monday that Pyongyang decided to stop its annual printing of anti-U.S. propaganda stamps this year, ahead of the upcoming summit between North Korean leader Kim Jong-un and U.S. President Donald Trump. Lee quoted the North’s 2019 postal stamp print plan to explain the change. According to Lee, the North printed anti-American postal stamps four years in a row, from 2015 until 2018. Last year, four styles of the propaganda stamps were issued, but sales stopped temporarily during the first Kim-Trump summit, he said. [NEWS1]