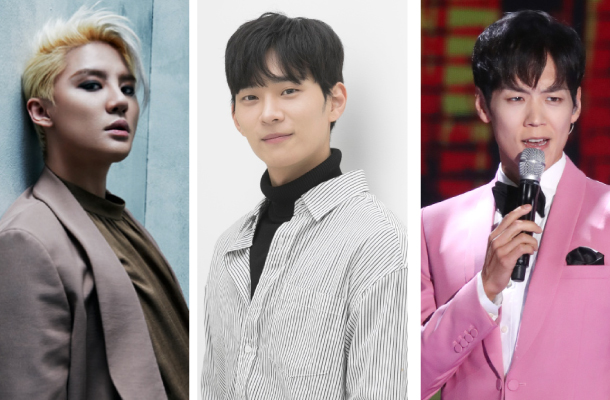 The musical “Xcalibur,” which is set to premiere on June 15, is a reinterpretation of the British medieval legend of King Arthur, who defended his country against Saxon invaders in the early sixth century.

This will be Kim’s second play since being discharged from his mandatory military duties last November. He has been in the musical “Elisabeth” since then.

This is DK’s first appearance in a musical. He is currently the lead singer of his group that made their debut in 2015.

Kai, a professional musical actor who debuted in 2008, is well-known for his various roles in musicals like “Monte Cristo,” “Frankenstein” and “Phantom.”