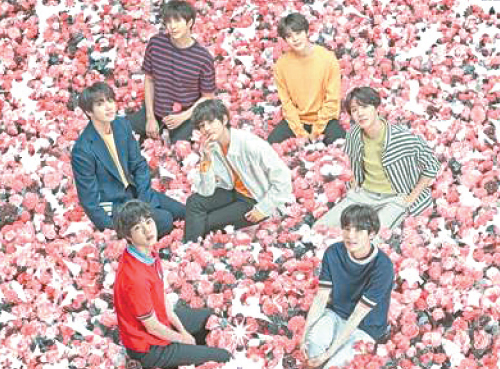 BTS announced five additional concert dates for their “Love Yourself: Speak Yourself” world stadium tour as tickets sold out in a matter of hours after going on sale March 1.

Competition was fierce between ARMY, the moniker for BTS fans, as they hurried to secure their place at one of the five shows that went on sale that day - Los Angeles’ Rose Bowl Stadium on May 4, Chicago’s Soldier Field on May 11, the MetLife Stadium in East Rutherford, New Jersey, on May 18, London’s Wembley Stadium on June 1 and Paris’ Stade de France on June 7.

Their show at Wembley, which can seat 90,000 people and have hosted performances by global superstars like Michael Jackson, Queen and Beyonce, sold out in just 90 minutes. To the fans’ relief, each of the five stadiums announced that they would add a show on the days following the original dates.