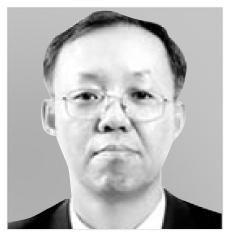 Moon Ha-young
The author, former Korean ambassador to the Czech Republic, is vice chairman of the Czech-Korean Forum for the Future.

Some relationships between individuals produce particularly great outcomes — that applies to relationships between countries. The Czech Republic is one such country for Korea. Their bilateral cooperation began during Japan’s colonial rule of Korea (1910-45). Korean independence troops, under the leadership of General Kim Chwa-chin in 1920, purchased weapons, including rifles, from the Czech military, which was withdrawing from Vladivostok in Russia. The weapons played a fundamental role in the victory of the Cheonsanri Battle, in which about 3,000 Japanese troops were killed or injured.

Among non-European countries, Korea is the largest investor in the manufacturing industry in the Czech Republic. Hyundai Motor, Hyundai Mobis and Nexen Tire operate factories and business offices there. Korean companies are a key part of the Czech economy.
About 500,000 Koreans visit Prague, the Czech Republic’s capital city, every year. The booming sales of direct air tickets between Prague and Incheon ended years of debt for Czech Airlines. All signs at the Prague International Airport are written in both Czech and Korean. It is the only airport outside Korea that uses Korean as an official language for information.

The Czech Republic currently operates six Russian-built nuclear reactors. As they are all aged, the country needs to build new ones quickly. Furthermore, it decided to gradually shut down coal-powered power plants — which generate half of the electricity it needs — starting in 2022. The Czech Republic plans to cover an inevitable lack of electricity with renewable energy and nuclear power.

As a result, the Czech Republic will almost certainly face a power shortage starting 2030. So it needs to commission construction of two new nuclear reactors soon. On top of that, two more reactors are expected to be ordered. As of now, Korea, Russia, France and the United States are competing to win the bids.

As Russia is under European Union sanctions after the Ukraine crisis, its political position is precarious. Furthermore, public opinions in the Czech Republic is unfavorable toward Russia and China due to energy security issues. France’s EDF has lost confidence in Europe after it delayed the construction of a nuclear power plant in Finland for nine years. As Westinghouse of the United States is currently in the process of bankruptcy, it is nearly impossible for the company to win a bid on its own.

In November last year, President Moon Jae-in visited the Czech Republic and held a summit with Prime Minister Andrej Babiš. During the summit, Babiš first mentioned the issue of the Czech Republic’s nuclear plant construction project and highly assessed the safety of Korean nuclear reactors and Korea’s history of completing projects before deadlines. The prime minister also asked for Korean companies’ participation in the lithium mining of his country and Korea’s cooperation in artificial intelligence (AI) and advanced technology research and development.

Moon explained that Korea’s nuclear plants have been operating safely without any accidents for the past four decades and their economic efficiency is excellent. Moon agreed to consider projects that the Czech leader discussed. After expressing great satisfaction with the summit, the Czech Republic is hoping for speedy progress in bilateral economic cooperation.

There are two things to keep in mind for Korea-Czech cooperation in nuclear power plants. First, Korea must continue nuclear plant construction so other countries can trust the sustainability of the supply chain. As the Moon administration already declared a nuclear phase-out policy, it can serve as a disadvantage in competitions to win bids. Seoul must assure its partners that Korea’s nuclear industry will remain solid.

Second, the Moon administration must seek support from various sectors to win the deal. The president, the government, industries and civilian sectors must gather their wisdom and come up with a specific cooperation plan with the Czech Republic to create a detailed action plan. Nexen Tire invested over 1 trillion won ($889 million) to build a factory in the Czech Republic and reportedly asked Prague to award the nuclear project to Korea. As we can see, all sides must work together to win the bid.

Nuclear energy cooperation between the two countries is a national project for both that could last until the next century. Should this project be realized, Korea would be able to seize opportunities to participate in nuclear plant projects of other East European nations, including Poland and Slovakia, based on the Korea-Czech cooperation in component production and competitiveness in the region. It would be a strong bridgehead for Korea. Until now, all businesses between Korea and the Czech Republic have been successful. It is time to make another leap forward. Prime Minister Babiš is scheduled to visit Korea soon: it is an opportunity we must not pass up.
Translation by the Korea JoongAng Daily staff.