LG Electronics to rock at SXSW with robots

LG Electronics to rock at SXSW with robots 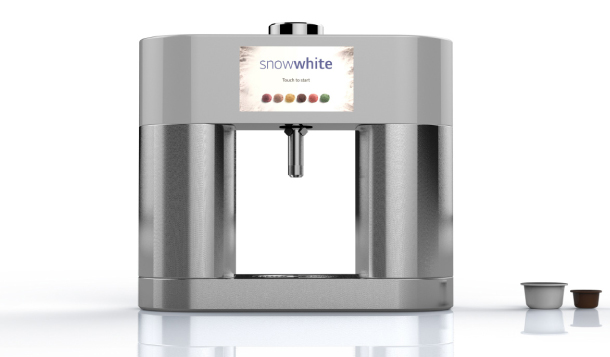 LG Electronics is going to South by Southwest (SXSW), and it’s bringing robots.

SXSW began as a music festival in Austin, Texas, in 1987, and has gradually expanded into a full conference and festival. It will run for five days starting on Friday.

LG is participating for the first time. It is going to show off its products, network with start-ups and look for investment opportunities.

It will set up an exhibition under the “Innovation for a Better Life” banner. There, LG will showcase its products, including robots, an ice cream-making machine and a cheer stick.

LG introduced a few models from its CLOi robot lineup last year, but the versions being taken to SXSW will have different functions.

The company will be bringing the CLOi CareBot - which specializes in emotional caring. It will also be bringing: the CLOi CamBot, which has security camera functions; the CLOi MateBot, which features a display screen at the front and a projector on the back; and the CLOi GestureBot, which recognizes nonverbal expressions based on hand movements.

The ice cream-making machine is called Snowwhite. It allows users to select from two capsules, one which determines the type of an ice cream - whether it’s a gelato, sorbet or soft ice cream - and another that controls flavor. The Fantastick cheer stick allows an audience to create phrases, patterns and videos, with each stick functioning as a pixel.

Some of the new products presented at the booth are developed by the company’s New Business Center & Life Soft Research lab, which was responsible for the LG HomeBrew, a capsule-based home craft-beer maker that won the CES 2019 Innovation Award.

The company will hold a discussion session on the festival’s opening day that will touch on such topics as open innovation and innovation for consumers.

“The exhibit will function as a chance to strengthen [the company’s] image as an innovative [firm] and to discover new business opportunities,” said Lee Chul-bae, head of the New Business Center & Life Soft Research lab.