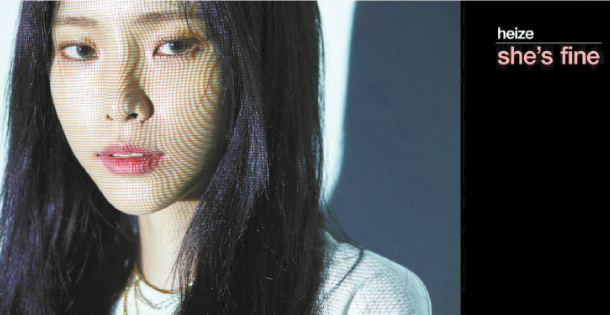 It’s been five years since singer Heize made her debut and delighted fans with her music, and on Thursday, she revealed that her first full-length album is finally on its way.

Heize will release “She’s Fine” in mid-March, according to a post she uploaded on her official Instagram.

The album’s release date and other details, such as the number of songs and the title of the lead track, have not yet been confirmed.

Despite the number of hit songs she has released that have topped local music charts, the upcoming release will be the singer’s first full-length album.

She released a song titled “Run To You” on Valentine’s Day.