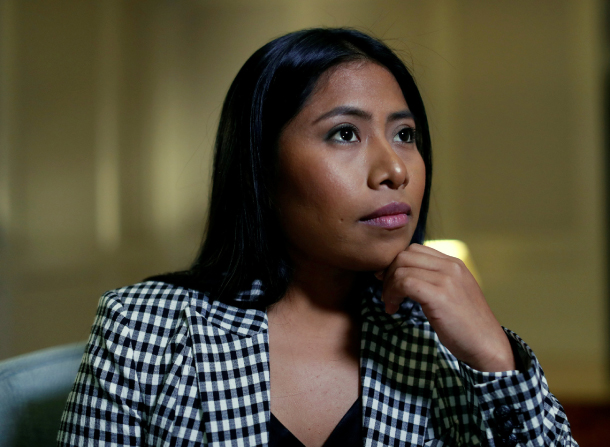 She was nominated for an Oscar playing a maid in “Roma” and now Yalitza Aparicio is using her fame to campaign for the rights of domestic workers and indigenous women around the world.

The Mexican actress got a standing ovation as she joined an International Women’s Day discussion in Geneva on the position of women who earn on average about 20 percent less than men for work of equal value around the world, according to the UN’s International Labour Organisation (ILO).

“My mother is a domestic worker, I know many domestic workers, so I did have a concept of how that work shapes up, how that person participates in the family,” Aparicio told the audience.

In the Netflix film she plays a maid named Cleo struggling with her own problems as she looks after a middle-class family deserted by their father. It won the Golden Lion at the Venice Film Festival, two Oscars and the British Academy award, or BAFTA, for best film.

Now 25, Aparicio, the first indigenous woman to be nominated for a best actress Oscar, had completed teacher training when cast in director Alfonso Cuaron’s autobiographical film named after the Mexico City neighbourhood where he grew up.

“My passion has always been to educate people, to teach them,” Aparicio said.

“Throughout my career people have told me I haven’t stopped teaching, I opted for acting but constantly try to teach the community.

“It is possible to demonstrate that one can achieve many things though society might say no. If you are a woman and are told ‘no’, try again ... continue insisting because at some point in time you will be a success,” she said.

The ILO says there are at least 67 million domestic workers worldwide, 80 percent of them women.