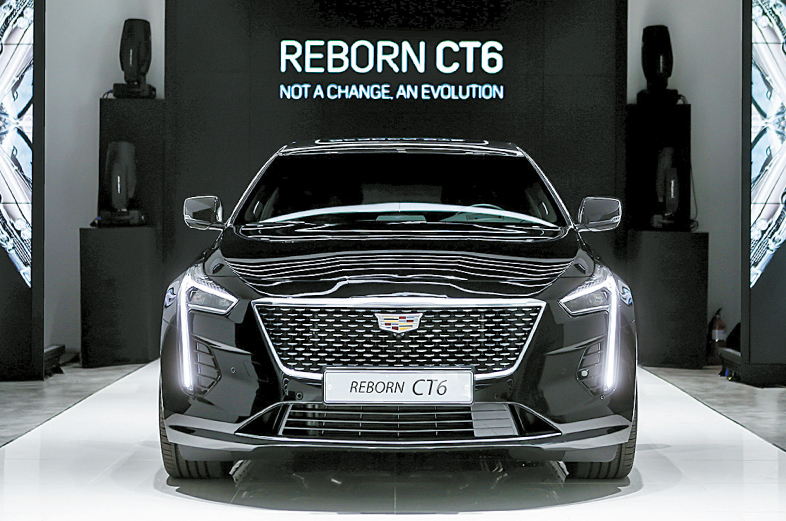 Cadillac Korea is targeting Korean customers with its new CT6 sedan as it looks to improve sales after falling short of its target last year.

At an unveiling of its new large-size premium sedan on Monday at its main showroom in southern Seoul, the Korean unit of the U.S. automaker said it hopes to recover from last year’s disappointing sales figures, blaming a lack of supply.

“We aggressively set a target of 2,500 [last year], which was a possible figure,” said Kim Young-sik, president of Cadillac Korea. “Compared to the actual demand, there wasn’t enough supply for the models, so unfortunately we could not reach our target.”

The brand sold around 2,100 vehicles last year. While the figure is a vast improvement from the paltry 503 units it sold in 2014, last year’s numbers were a 4.6 percent rise from the previous year’s sales.

Kim did not disclose a target figure for this year, but he did say that it will likely grow considering that additional models will be released in the second half of this year, including the XT6 SUV and the CT5 sedan.

The brand is crossing its fingers on the new CT6.

As Cadillac Korea’s most popular model, the large-size premium sedan accounted for nearly half of its total sales last year.

The vehicle is also equipped with advanced technology, such as a rear camera mirror, a heads-up display and Cadillac’s Night Vision, which alerts drivers of pedestrians or large animals at night using infrared technology.

With its improved features, the company is also hoping to increase female consumers.

“[The share of] female customers, who consisted of around 10 percent of our customers three to four years ago, has grown to around 20 percent,” said Kim. “We think that [the CT6] is a large-sized sedan that can be driven comfortably by women, and we expect the number of female customers to increase.”

Kim also added that he expects the market for American vehicles, mostly equipped with gasoline engines, to grow even more in Korea as demand for diesel vehicles declines.

“This is an opportunity for American vehicles, and if [we] can appeal to Korean consumers with a diverse portfolio, the opportunity is greater than in the past,” said Kim.

The number of newly registered gasoline vehicles in Korea increased last year from the previous year by 2.5 percent, while diesel vehicle registrations fell by 3.4 percent, according to the Korea Automobile Manufacturers Association. The association said that over 50,000 U.S. vehicles were sold in the country last year, the first time that level has been broken.