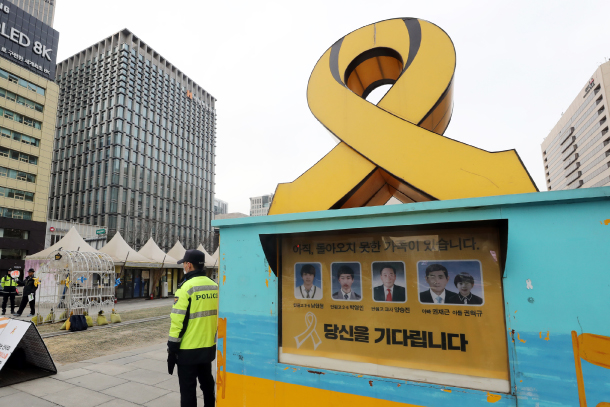 The Seoul city government announced on Thursday that the family members of people who died when the Sewol ferry sank on April 16, 2014, will remove all 14 tents they set up five years ago to commemorate the victims at Gwanghwamun Square, central Seoul, on March 18. To replace them, a memorial will be opened to the public at the same location on April 12. [NEWS1]