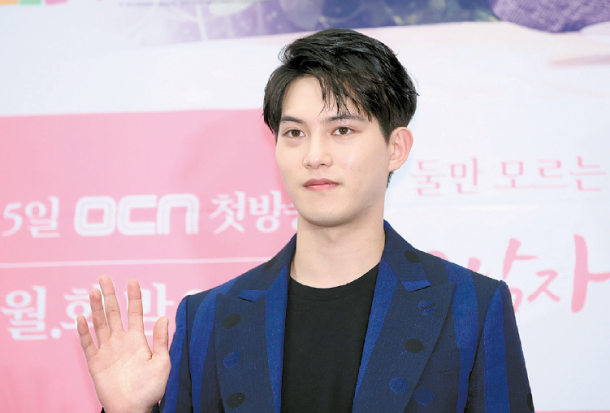 The ongoing sex, drug and illegal video scandal that is sweeping the entertainment industry has caught another K-pop singer - Lee Jong-hyun from boy band CNBlue.

Lee said on Tuesday that he had only been keeping in touch with Jung Joon-young - a singer who is accused of recording and sharing videos of him having sex with women without their consent - as a friend and that he had nothing to do with Jung’s alleged crimes.

But on Friday, his agency FNC Entertainment released an official statement confessing that he had indeed received Jung’s videos and replied to them with lewd comments, after a report by SBS on Thursday revealed that Lee had not only watched the videos, but asked Jung for “easy” women to “play with.”

On Thursday, SBS revealed a KakaoTalk text conversation between Lee and Jung that took place years ago.

Lee asks Jung, “Give me some girls.” When Jung replies, “Who do you want,” Lee answers, “Anyone you haven’t [expletive] would be better, but any pretty [expletive].”

He asks Jung on a different date, “Don’t you have any young and pretty and nice [expletive]? Easy to play with.”

According to the agency, it took some time for them to get a hold of Lee as he is currently serving in the military, but they managed to get through to him after the report by SBS was broadcast on Thursday.

“Lee Jong-hyun had complied with the police, who visited his unit on Tuesday afternoon. He informed [us] of his initial position, because he had not found anything regarding the illegal videos in the one-on-one conversation he had with Jung Joon-young showed to him by the police,” the agency said.

“We had to publish the statement based on his memories,” FNC Entertainment added. “We had no intention of hiding the truth or covering his wrongdoings.”

The agency also apologized on his behalf, saying that his deeds and utterances sprang from his lack of awareness on gender equality.

“We are fully aware that watching the videos or having inappropriate conversations deserves criticism,” the agency said. “We send our apologies to everyone who has been hurt and were disappointed by the immoral utterances that were made without remorse.”

Although the agency stated that Lee deeply regrets his deeds, they did not mention any plans for him to quit the group nor retire from the entertainment industry.

Lee shut down his Instagram account Friday morning when angry commenters took to his account and bombarded him with criticism and requests to quit the group.