Mozes Csoma
The author is Hungarian ambassador to Korea. 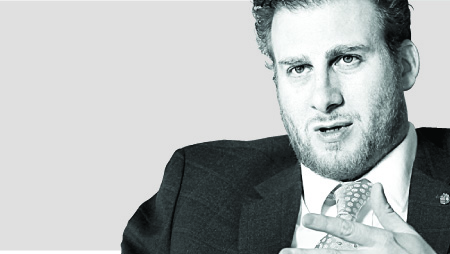 In 2019, the Korean Peninsula celebrates the 100th anniversary of the March 1st Movement, known as the greatest uprising against the Japanese colonial rule. This anniversary provides a good opportunity to describe the Korean independence movement through the eyes of Hungarian intellectuals in the first half of the 20th century.

Small nations share common historical experiences. Hungary and Korea are both surrounded by great powers — their geographical position was one of the main causes that inevitably made them suffer constant foreign pressure and several invasions throughout history. Hungarians had to balance between the Holy Roman Empire (later the Habsburgs) on the West, and the Ottoman Empire on the East. The situation was pretty much the same on the Korean Peninsula, the country being sandwiched between the Chinese dynasties, the Khitans and the Jurchens, the Mongolians and later the Japanese.

In the early 20th century, Hungarian newspaper readers had access to follow the developments in Korea. In 1905, Hungarian newspapers reported about the Eulsa treaty, which introduced the Japanese protectorate system in Korea but also marked the first step on the way of Korea losing its sovereignty. In 1907, articles in Budapest also wrote about the Hague secret emissary affair, when Emperor Kojong tried to request foreign help from Western powers. The leading Korean envoy of the mission was Yi Jun, and his aide was Yi Wi-jong, who spoke several languages and was falsely introduced by European newspapers as a Korean prince. In Hungary, the daily Budapesti Hirlap wrote the following about the incident: “The Korean prince expressed how the Korean emperor was sneakingly forced to accept the [Eulsa treaty] agreement, which detained the Korean diplomatic agents abroad. The prince stated that the treaty was invalid, and explained how terrible deeds were committed by the Japanese in Korea. Finally, he said that a neutral Korean Peninsula would be very advantageous for Europe, and it would also be the key to peace in East Asia.”

The daily Budapesti Hirlap continuously followed the developments on the Korean Peninsula. The articles reported the forced removal of Emperor Kojong, which led to a disorganized resistance in Korea. According to the articles, ‘hot-spirited masses’ gathered in the capital and spread ‘heated-toned’ leaflets. Meanwhile, the Japanese were considering the deportation of the former emperor to Japan. 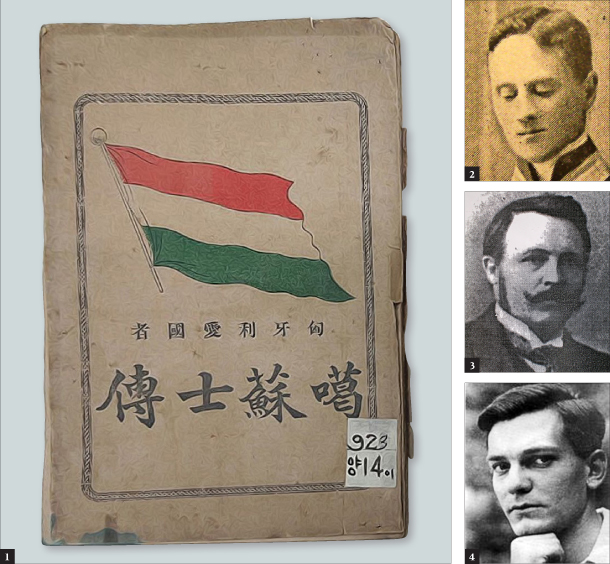 Three years after the Eulsa treaty, in 1908, the first-ever book about Hungary was published on the Korean Peninsula under the title “Hyungari aegukcha kalsosachon” (The story of the Hungarian patriot Kossuth). The book was about the Hungarian national hero and politician Lajos Kossuth (1802-1894), who was the leading figure of the Hungarian freedom fight against the Habsburgs in 1848-1849.

The book was originally written by the famous Chinese reformist scholar Liang Qichao, and was translated to Korean by scholar Yi Bo-sang. The Korean adaptation of the book about Kossuth delivered a very obvious message: It aimed to show Koreans a European example of the role of a great politician who can make the nation unite in order to achieve a great common goal. The existence of the Korean translation was first mentioned by the late Hungarian Koreanist scholar and diplomat Dr. Karoly Fendler, who was the university professor of the author of the book. Dr. Fendler told me that he had heard about the book during his diplomatic service in North Korea, but the book probably disappeared during Japanese colonial rule and the 1951-53 Korean War. However, I took measures to find one of the preserved copies of the book, and I was very happy to eventually find it in the library of Ewha Womans University in October 2018.

Turning back to the developments of the Korean independence movement, Hungarian newspapers also reported about the assassination of Ito Hirobumi, the hated Japanese resident general of Korea. The incident happened in 1909 at a railway station in Harbin, Manchuria, where the veteran Japanese politician arrived for the Japanese-Russian bilateral talks. According to the report published in the Budapesti Hirlap, one day before the assassination, Russian authorities in Manchuria recognized three Korean men who were armed with revolvers. One of them was the Korean independence activist Ahn Jung-gun who fatally shot the Japanese resident general the following day, Oct. 26, 1909. Ahn was arrested immediately. During his trial, he expressed that he had wanted to take revenge for his fatherland and the executed Korean freedom fighters. The article in the Hungarian daily stated that the Japanese protectorate system in Korea was “created” by Ito Hirobumi, who was “extremely strict” in his resident general position.

At that time, a Hungarian missionary, Count Peter Vay (1863-1948), who visited Korea several times and knew Ito Hirobumi personally, expressed his opinion on the happenings. His article was published in the weekly of Vasarnapi Ujsag under the title “Ito, the dictator of Korea.” The missionary expressed that Chosun, which was originally the land of calm, became a field of “brutal bloodshed” under the rule of Ito Hirobumi. The resident general had miscalculated the passive resistance of Koreans and made several steps that violated Korean national pride. According to the article, Vay had met Ito personally in the summer of 1907, when the resident general was very tense since it was difficult to reign over Korea, and his life was constantly in danger. During the farewell, Vay delivered a copy of his report about Korea to Ito. According to the article, the last thought of the report was the following: “Just like individuals, politicians have moral obligations. The guilty, without a doubt, will receive punishment. Only morality shall triumph.” Later, the Hungarian missionary summed up his opinion about Ito, and wrote the following in his book: “The inexorable resident general could have been a good Japanese patriot, but he was a harsh and heartless person. He committed many injustices against the poor Korean nation; that is why he had to die.”

Incident in Ueno park in Tokyo

As is well known from the pages of history, Korea lost its formal independence and became colonized by the Japanese Empire in 1910. Although the March 1st Movement was the greatest uprising against colonial rule, not much news related to it reached Hungary. The daily Budapesti Hirlap reported only that “serious riots” broke out during the funeral of the former Emperor Kojong. A sensible Hungarian scholar, ethnographer Benedek Barathosi Balogh (1875-1945), visited Korea twice. His second visit occurred after the March 1st Movement and the establishment of the Korean Provisional Government. The Hungarian ethnographer wrote the following opinion in his book: “That quick look I had on Korea […], convinced me that this nation has its own leaders, who lead their nation confidently towards a complete national unity. And if the nation listens to them, the time of freedom will come, even if Japan tries to obstruct it. It is the will of 15 million people who want to survive.”

Benedek Barathosi Balogh approached East Asia in the spirit of the Turanian idea that became popular in Hungary in the 1920s. Followers of the idea believed in the common origin of the Hungarian, Korean, Japanese and other East Asian nations. In 1922, the ethnographer and his colleagues established a Turanian Center in Japan, but an unexpected incident happened during the opening ceremony. All the representatives of the Turanian nations who were in Japan at that time were invited to the event, which was held in a big restaurant in Tokyo’s Ueno Park, and they were asked to say a few words of greeting. The hall was decorated with the flags of the Turanian nations, including the Taegukki, the Korean flag. The Hungarian scholar wrote the following about how the incident broke out: “The guests had already arrived when a Japanese officer, who, by the way, was a proud Turanian member of the association, came into the hall and took a look at the Turanian flags. Suddenly he saw the Korean flag, which had been seen earlier by a young Korean student. The Japanese officer stepped closer to the flags and wanted to remove the Korean flag. I opposed it, and told him that it was merely the symbol of the Turanian nations, it did not effect Japanese prestige. […] But the officer would not change his mind. In the meantime, the Korean man mentioned above came back with two friends. They got into a quarrel with the Japanese officer, who then stepped to the telephone to call the police. The other participants were sent outside, and security guards blocked the doors to prevent anybody from coming in. A high-position police chief arrived soon and declared that he would not allow the meeting to continue until the Korean flag was removed. He also demanded to cancel the speech of the Korean representative. […] The Koreans were utterly disappointed and wanted to leave. They only stayed because I asked them to. […] After the meeting a banquet was held where the Korean representative finally delivered his speech, and expressed his sadness. His feelings were totally understandable but he was later severely punished by the Japanese for being honest. After four days, he was forced to leave Japan, and he was not allowed to come back anymore.”

In the 1920s, a young Hungarian writer, Ferenc Balazs (1901-1937), made sharp observations on the Korean Peninsula. The novelist arrived in Pusan on board a Japanese steamer, but before his arrival, he had already heard some details about Japanese oppression from a Korean fellow traveler. On the way from Pusan to Seoul, Balazs met a young Korean student who explained how untenable the situation was on the Korean Peninsula. The student showed him a picture of the former Soviet leader Lenin, and said that he would become a socialist in the future, but only after national liberation because, for now, the most important goal was liberation from colonial rule. In Seoul, the Hungarian visitor was invited to the government-general building, where he was greeted by two Japanese officials. Balazs wrote the following about the meeting in his recollections: “I told them honestly that I only knew the Korean standpoint, and it was very pessimistic. The Koreans, wherever I met them in the world, complained about the Japanese oppression. […] The official smiled softly, provided me with English pamphlets and called me a radical.” Later, the Hungarian novelist dedicated a chapter in his book to his Korean experiences under the title “The fate of small nations.”

Finally, one more unknown Hungarian connection regarding the above mentioned Eulsa treaty has to be mentioned. In 1992, the Hungarian Koreanist scholar Dr. Fendler found an archived diplomatic report written after the Eulsa treaty by Conrad von Saldern, the German Resident Minister to Seoul. According to the report, Emperor Gojong (1852-1910) explicitly refused to seal the document. The treaty was eventually sealed with the stamp of the Minister of Foreign Affairs, but the Japanese Legation had to use force to get the stamp. The Hungarian scholar’s discovery means that the Eulsa treaty should have been considered void from the very beginning.