LEE GA-YOUNG
The author is a deputy national news editor of the JoongAng Ilbo. 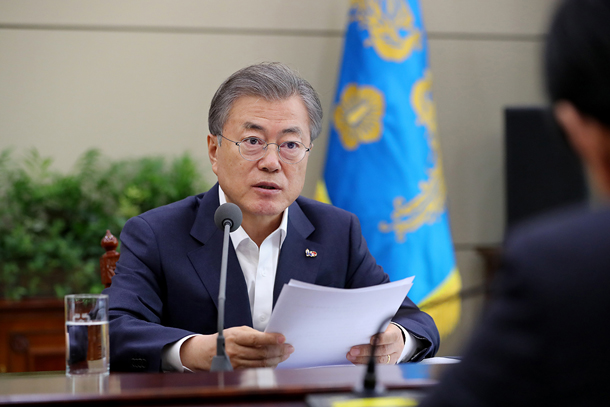 “Three things will be pursued throughout the five-year term — investigating the deep-rooted evil practices, taking care of people on the side and offering better treatment to the people of the Honam region,” I heard a friend say at the beginning of the Moon Jae-in administration. He claimed he heard that from someone affiliated with a civic group close to key administration members.

When I first heard the three tasks would be pursued over five years, I thought it was only a figure of speech. Yet in the administration’s second year, it seems to be really happening. President Moon appointed Lee Nak-yeon prime minister and Im Jong-seok chief of staff, both from the Honam region, South and North Jeolla. In the recent cabinet reshuffle, four people born in Honam were appointed. The Blue House announced that none of the ministers were from Honam — at least based on the high schools they graduated from. The suspicious appointments made by the Ministry of Environment show signs of trying to fill executives at its affiliated organizations with people who were involved in the campaign or ruling party.

Nevertheless, I thought an investigation into the deep-rooted evil practices for five years wouldn’t be possible. But I feel a strong determination to push it. Upon returning from a Southeast Asian tour on March 18, Moon said that the Burning Sun case, the Kim Hak-eui case and the Jang Ja-yeon case all needed to be investigated fairly. Having graduated second in his class from the Judicial Research and Training Institute, Moon would, of course, understand the meaning of a statute of limitations. Nevertheless, he emphasized the need for thorough investigations into certain cases.

The prosecutors are already busying themselves. The Ministry of Justice mentioned the appointment of a special investigator. Yet unlike appointments, the prosecutors’ investigation could put the current administration in direct danger. Reinvestigating the Kim Hak-eui and the Jang Ja-yeon cases — both of which involve sex scandals — is widely considered a means of targeting those in the previous administration who were involved in the deep-rooted evil practices. The prosecution seems to care about the person with appointment authority, but having experienced the definite power of the administration, prosecutors would likely move with the next administration in mind. There is always a possibility investigations into the deep-rooted evil practices could be targeted themselves.

The shameful history of the previous administrations proves the sword brandished without experience and training could cut into one’s own flesh and bone.