A lesson from Georgia

A lesson from Georgia 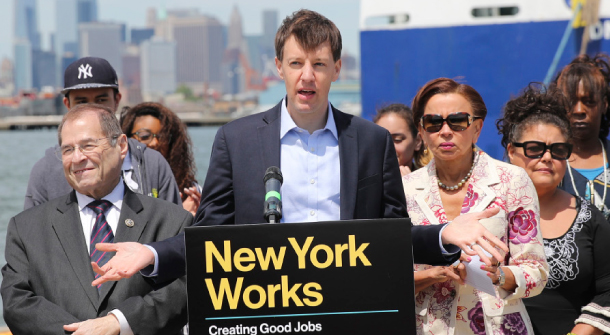 On March 18, New York City Economic Development Corporation (Nycedc) CEO James Patchett was called to the New York City Council finance committee hearing. The Nycedc is in charge of a job creation project initiated by New York City Mayor Bill de Blasio. It is an ambitious project of creating 100,000 new jobs in 10 years using $1.35 billion. The 100,000 jobs are not temporary positions but quality employment that pay at least $50,000 in annual salary.

However, the progress report that the Nycedc submitted to the city council was not thorough. Patchett initially said that 19,000 jobs were created, but when pressed by the committee, he corrected himself and said that there was possibility that 19,000 jobs will be created. The council members further investigated and found that $300 million had been invested to create 3,000 jobs since 2017. One of the major cases for not meeting the mark was the canceled bid for the second Amazon headquarters. Mayor de Blasio demanded Amazon have a union and blew the 25,000 jobs Amazon had promised.

A completely different scene was staged in Commerce, in the U.S. state of Georgia, where construction for SK Innovation’s electric car battery plant has begun. By 2025, $1.67 billion will be invested and more than 2,000 jobs will be created. As it is the biggest foreign capital investment in the history of Georgia, Gov. Brian Kemp and Secretary of Commerce Wilbur Ross attended the ceremony. The state of Georgia promised various incentives beyond the pride of Americans to the SK Innovation plant. The state government will take care of the retraining of 2,000 workers, so SK Innovation chose Georgia despite the risks.

One of the risks is the Korean government. While SK Innovation had a ceremony, there are some Korean companies operating in the Southeast United States without construction or completion ceremonies. They think they may be criticized for creating jobs abroad.

Perhaps conscious of the controversy, an SK Innovation executive explained the reason for not expanding factories in Korea. He claimed that, aside from incentives, Georgia would not give orders from electric car makers if there is no local production site.

Thirsty for job creation, the Moon Jae-in administration should try to please like the governor of Georgia, but it is frustrating that companies are only studying the atmosphere.