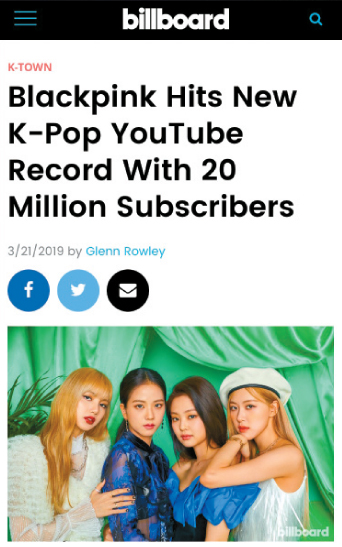 Blackpink has topped 20 million subscribers to its official YouTube channel, the first for a K-pop act.

The group hit the milestone Thursday, becoming the first K-pop act to do so, U.S. Billboard magazine said. The number was 20,307,402 as of Sunday morning.

“This week, YouTube announced that the girl group is the first K-pop act to hit 20 million subscribers on their official channel,” the magazine reported. “The recent Billboard cover stars are just one of 20 artists to ever hit the subscriber milestone.”

Blackpink will set out on their first tour of six U.S. and Canadian cities next month, starting in Los Angeles on April 17.