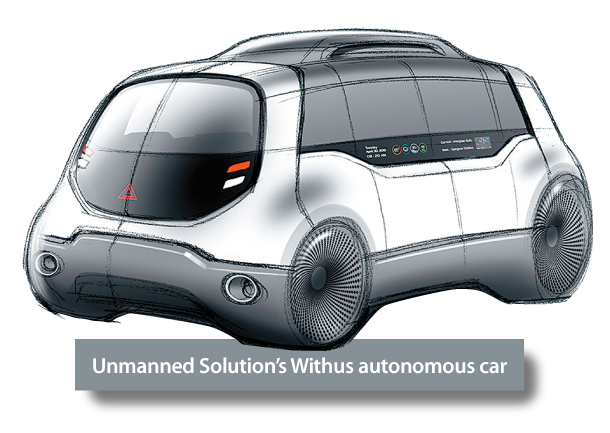 At this year’s Seoul Motor Show that kicks off Friday, participants will be able to get a feel for futuristic mobility by trying out fully autonomous shuttle buses that don’t even have steering wheels.

The operating committee of the biennial event said Thursday that it will offer two shuttles provided by local self-driving car technology developers Unmanned Solution and SpringCloud for 10 days from Friday.

Both cars will show off Level 5 autonomous driving skills, the top level as categorized by the Society of Automotive Engineers. This means the cars can drive on their own without the driver needing to pay any attention. Cars out on the market currently only offer slightly more than Level 2 capability, which means they can assist drivers but not take over.

The shuttle offered by SpringCloud, dubbed SpringCar, is actually made by French autonomous shuttle maker Navya. The French company’s shuttle was used at the Paris Motor Show in October last year. SpringCloud inked a deal to source the car from Navya, a spokesperson from the company said, and is using it to develop autonomous car technologies.

One SpringCar will operate during the Seoul Motor Show. It will be able to take eight passengers at a time, together with one operator as a safety precaution.

Unmanned Solution will show off its own car, dubbed Withus. It will be the vehicle’s first public outing, as only a rendered sketch has been unveiled ahead of the event. The company said that, while six people can fit in the car, test drives will be offered to three people at a time. One operator will tag along also, for safety reasons.

The shuttles will run on a roughly 400-meter (1,312-foot) route between the first and second exhibition halls at Kintex in Ilsan, Gyeonggi. Operating hours will be from 11 a.m. through 5 p.m. Those wanting to ride will be decided by the order of arrival at the actual exhibition site.

“We had good feedback from participants of the first autonomous car test drives during our event held in 2017, so we extended the program period,” a spokesperson from the operating committee said. “Visitors to the event should not miss the rare opportunity of riding in a Level 5 self-driving car.”

Test drives for eco-friendly cars will also be offered at the show.

A maximum of 300 visitors per day will be able to try out the latest electric vehicles including Hyundai Motor’s Kona, Kia Motors’ Niro, Renault Samsung Motors’ SM3 Z.E. and GM Korea’s Bolt.