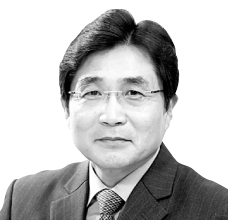 It is often said that there are no eternal allies and no perpetual enemies but interests are eternal and perpetual. This is more visible in times of growing uncertainty, where rivalry of great powers, nationalism and protectionism prevail. In the midst of this, is it possible to build a true partnership?

During a state visit to Indonesia in November 2017, President Moon Jae-in and Indonesian President Joko “Jokowi” Widodo agreed to upgrade their bilateral relations to the Special Strategic Partnership (SSP). President Moon unveiled his New Southern Policy that aims to strengthen ties with the Association of Southeast Asian Nations (Asean) and emphasized that Indonesia is a key partner in this.

What does this special strategic partnership mean? Surely, it is not just diplomatic rhetoric. The two countries share the vision of democracy, Asian values and the goal of creating peace and prosperity. More importantly, the two leaders are true friends who share the people-centered philosophy.

President Jokowi is known for his blusukan, or impromptu visits. Even during President Moon’s visit, Jokowi guided him to a local shopping mall, tried on batik clothes, and drank es teh manis, a popular sweet black jasmine tea, together. The two leaders bonded and connected through this experience.

Like human relationships, true partnerships between countries also involve mutual respect and cooperation regardless of the situation. Both Indonesia and Korea struggled to achieve independence and accomplished an extraordinary success over the last 50 years.

Numerous “firsts” and “bests” were born. In the late 1960s, Korea made its first-ever foreign direct investment in the Kalimantan forest development project. Also, Hyundai E&C constructed the Jagorawi Tollway, the first highway in Indonesia, in 1978.

The Krakatau-Posco joint venture completed the first integrated steel mill of Southeast Asia in 2013. Indonesia is the first country to import T-50, a Korean supersonic trainer jet, and submarine. Moreover, the two countries are jointly developing the next generation fighter jet through the KF-X/IF-X program.

People in the two countries also perceive each other as true friends. In the late 1980s, Indonesia opened up new business opportunities for Korea when its labor-intensive industries such as garment and footwear faced a bankruptcy crisis. On the other hand, Koreans living in Indonesia stayed behind while Japanese and Western capital rushed out amid a financial crisis and turmoil after the fall of the Suharto regime.

The Korean community has become the largest foreign population in Indonesia ever since. Today, about 3,000 Korean companies provide 900,000 jobs to Indonesians and contribute to the promotion of mutually beneficial cooperation.

These cases of cooperation based on mutual understanding and trust will be the driving force for future development and co-prosperity.
During the state visit of President Jokowi in September last year to Korea, he introduced Indonesia’s ambition to emerge as the world’s top 10 economies by 2030 and its national strategic objectives — the “Making Indonesia 4.0.” He expressed a strong desire to closely cooperate with Korea, whom he referred to as an old friend.

In fact, recent development in construction of the Lotte Chemical’s large-scale petrochemical complex and the Hyundai Motor Company’s planned entry into the automobile industry in Indonesia is expected to further facilitate economic cooperation between the two countries.

Needless to say, there is a tremendous potential for cooperation in the areas of infrastructure, manufacturing, finance, defense industry, tourism and even culture and the arts, not to mention the fourth industrial revolution.

Indonesia and Korea are partners who need and want each other. What is more needed at this juncture is to bring the people of the two countries together, promote mutual understanding and help them like each other. Indonesia-Korea relations will develop into a more solid and sustainable one as an increasing number of Indonesians fall in love with Hallyu and more Koreans enjoy Indonesian food and folk songs like Bengawan Solo, an equivalent of Korea’s Arirang.

As leading middle powers, the two countries should strengthen cooperation on regional and global issues as well. President Jokowi has shown great interest in promoting peace on the Korean Peninsula by sending special envoys to the two Koreas before the Asian Games last year. Moreover, he suggested inviting North Korean leader Kim Jong-un to the Asean-ROK Commemorative Summit to be held late this year.

Indonesia will hold its presidential and general elections in April. Similar to Korea, Indonesia has undergone many twists and turns in the process of political development. Now, it has developed into one of the most democratic nations in Asia.

Indeed, there is a need for Indonesia to maintain its current trajectory. Therefore, I hope this election would be fair and transparent so that the wave of democratization and reform in Indonesia can spread to other parts of the region.

Like the Indonesian proverb, Berjalan sampai ke batas, berlayar sampai ke pulau, which can be roughly translated as “Walk to the limit, sail to the island.” I look forward to Indonesia and Korea taking a journey together as true partners to the final destination of peace and prosperity on the Korean Peninsula and Southeast Asia.