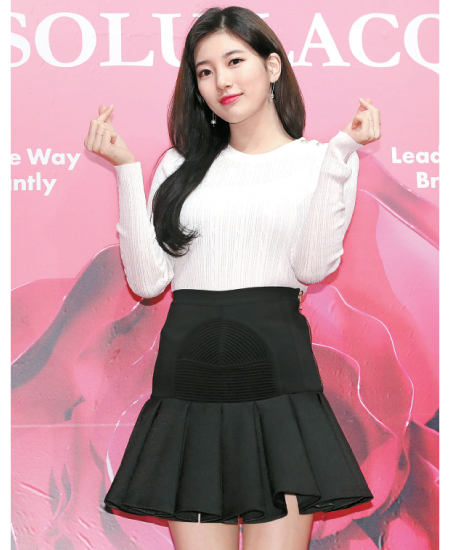 Singer-turned-actor Suzy will be leaving her long-time partner JYP Entertainment and joining Management SOOP, her former agency said on Tuesday.

“We have carried out meaningful discussions over the last few months, and the two parties have come to the decision to not renew the contract.”

Having parted on good terms, the agency bade farewell to the singer and wished her success in the future, saying, “We have had a special relationship, as evidenced by the renewal of our contract once before in 2017.

“We thank Suzy for sharing the joy of mutual growth with JYP Entertainment for the past nine years.”

Suzy debuted as part of the four-member act miss A in 2010, and rose to stardom first as a singer and later as an actor.

She will now concentrate on her acting career with her new agency, which is home to prominent actors such as Jung Yu-mi, Jeon Do-yeon, Kong Hyo-jin and Gong Yoo.