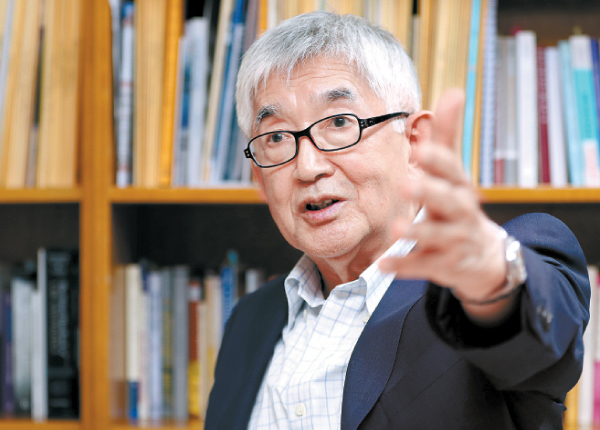 Syphilis first earned a nickname when France invaded Naples, Italy, in the late 15th century. The French military advanced to Naples smoothly, but had to withdraw because of a syphilis outbreak among the troops. Soon, Italians began to call syphilis the “French disease.”

Syphilis continued to earn various nicknames whenever countries were on bad terms. It was called an “Italian disease” in France, while Russians called it a “Polish disease.” The Netherlands fought a war of independence against the Spanish Hapsburgs, and syphilis was called a “Spanish disease” there.

The Korea-Japan relations today are just as bad as those in Europe, when countries used each other’s names to refer to syphilis. The two countries are economic partners. Last year, Korea’s trade with Japan was $85 billion, the third-largest after China and the United States. The two countries have more than 100 joint resource development projects in third countries. It will be hard to maintain the throne of the memory sector without Japan’s equipment. It is detestable that Japan has not properly apologized for its heinous crimes during the occupation, but Japan is a key economic partner.

The politics of the two countries are hurting their relationship. Korea University Prof. Choi Jang-jip said that the Moon Jae-in administration is pushing “state-led nationalism.” President Moon said he would mend the discord after the Supreme Court ruled that Japanese companies should compensate Koreans they forced into labor. President Moon met with the representatives of the Korea-Japan Parliamentarians’ Union and said that damaging the friendly sentiment between the two countries did not help the development of future ties. On forced labor compensation, he said that government ministries and civilian experts will seek solutions.

But no solution has been presented. Meanwhile, the properties of Japanese companies responsible for forced labor are seized in Korea. Japan is considering retaliation. I am worried that syphilis may earn nicknames like the “Japanese disease” and the “Korean disease.”