Who do you remember?

Who do you remember?

KANG HYE-RAN
The author is a deputy international news editor of the JoongAng Ilbo. 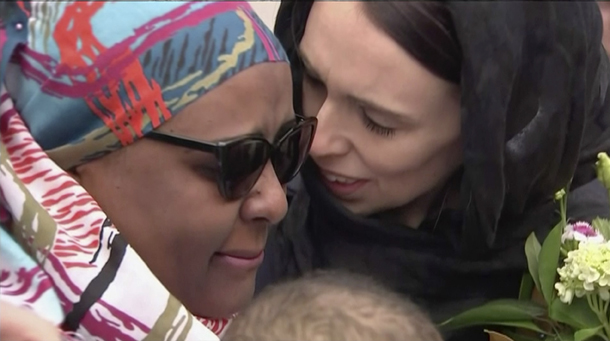 “I saw hope. I was impressed that she understood not all Muslims are extremists but humans,” said Muslim journalist Alpago Sinasi.

Sinasi is a naturalized Korean who has published a number of books. He is wary when he hears of terrorism by Islamic extremists. He was concerned when he heard the news that 50 people were killed in an attack at two Mosques in Christchurch, New Zealand. This time, an anti-immigrant, anti-Islam gunman killed and injured innocent people. But he feels uncomfortable that Islam and immigration are seen as the cause of confrontation and division.

What gave him hope was New Zealand’s Prime Minister Jacinda Ardern. From the day of the attack, she steadfastly emphasized to the Muslim community that New Zealand was mourning with them, saying, “We are one.”

“He sought many things from his act of terror, but one was notoriety, and that is why you will never hear me mention his name,” Ardern said. “He is a terrorist; he is a criminal; he is an extremist. But he will, when I speak, be nameless.”

The impact of terror is not just the number of casualties at the scene, but the fear and threat propagating by the attack. Terrorism in so-called developed countries tends to be more talked about. Facebook and other social media spread fear faster and farther, proliferating another kind of sentiment — hatred. That hatred and extremism, combined with fake news, amplifies threats more than reality.

When the terrorist in New Zealand broadcast his attack on Facebook, only 200 people watched. But in less than 24 hours, more than 1.5 million versions of edited footage were shared on Facebook. Even as Facebook removed them, the videos spread like poison, spreading fear, threat and hatred: the result is Islamophobia.

So Prime Minister Ardern refused to name the terrorist. She doesn’t want to give him the notoriety he sought. Instead, she asked people to call the victims by their names, each and every precious life. They were individuals who cannot be categorized as Muslim alone, just another human being like all of us. As I wrote this, I forgot the name of the terrorist — but the name Jacinda Ardern remains. Alpago Sinasi remembers her as the face of tolerance: with so much sensational news online, whose name do you remember?