Free Joseon says it is going on a hiatus

Free Joseon says it is going on a hiatus

A political group that claimed responsibility for a raid on the North Korean embassy in Madrid last month announced on Thursday it will temporarily cease all activities, but said it will eventually shake the North’s Kim Jong-un regime “to its roots.”

Free Joseon, also known as Cheollima Civil Defense, defined itself in a statement released on its website as an international group composed of North Korean refugees around the world mobilized under the “conviction to break [North Korea’s] dynastic succession under the Kim family.” 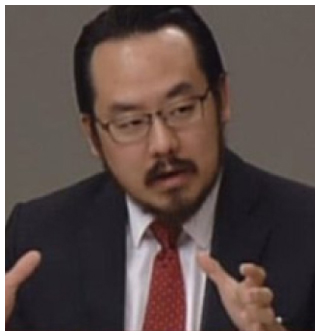 Adding that it had no links to North Korean defectors residing in the South, whose activities are monitored by Seoul, the group also asked international media to stop paying attention to its structure and members for security reasons, since “greater acts lie in store.”

Court papers named the mastermind behind the attack as Mexican citizen Adrian Hong Chang, a longtime figure in North Korea-related activist circles in the United States. Upon returning to the United States after the successful raid, Hong apparently tried to offer the information he obtained to FBI officials. It remains unclear whether the FBI accepted the offer, but the State Department denied the U.S. government had any ties to the group on Wednesday. According to Reuters on Thursday, an FBI investigation into the raid is currently in the works.

Hong is said to be one of the co-founders of the North Korea refugee support group LiNK, or Liberty in North Korea, and the head of a strategic consulting firm called Pegasus Strategies LLC, which he described in a published article as a company that uses modern technology to “penetrate closed societies and empower people in those nations.”

In his resume listed by the media organization TED, Hong also lectured on human rights at South Korea’s Ewha Womans University and worked as a research fellow at Yale.

Most notably, according to AFP, Hong was spotted in Tripoli, Libya, during the Libyan civil war in 2011. He helped Libyan war victims receive treatment at hospitals in Jordan.

In an interview with an Emirati media outlet that year, Hong said the so-called Arab Spring movements that toppled numerous regimes in the Middle East in 2011 was a “dress rehearsal” for North Korea.

North Korean defector-turned-activist Kang Chol-hwan, who is acquainted with Hong, said Hong probably went to Libya to study how the country’s dictator, Muammar Gaddafi, was removed from power in order to apply this to North Korea.

Hong founded and runs the Joseon Institute, a self-styled think tank conducting research “in recognition of increasingly imminent, dramatic change” in North Korea. Reports allege that the organization is actually a front for Free Joseon.

Noted North Korea-watcher Andrei Lankov, a professor at the South’s Kookmin University, wrote on NK News last week that the CIA could be providing support to Free Joseon. He said this is indicated by the awkward Korean used in the group’s official pronouncements, which appears to be written by Korean-Americans.

Possible involvement by U.S. intelligence agencies in covert efforts against Kim’s regime could undermine the Trump administration’s attempts to engage the North on denuclearization, which have been strained by U.S. attempts to play up human rights violations in the country.

Only last week, the U.S. State Department earmarked up to $6 million for human rights-related projects in North Korea, and further sanctions were placed on key regime figures last year for alleged abuses.

The North’s abysmal human rights record was also the subject of a fiery exchange at a Congressional hearing on Thursday. Several lawmakers questioned Secretary of State Mike Pompeo on North Korean leader Kim Jong-un’s complicity in the country’s various human rights abuses, including the case of U.S. citizen Otto Warmbier.