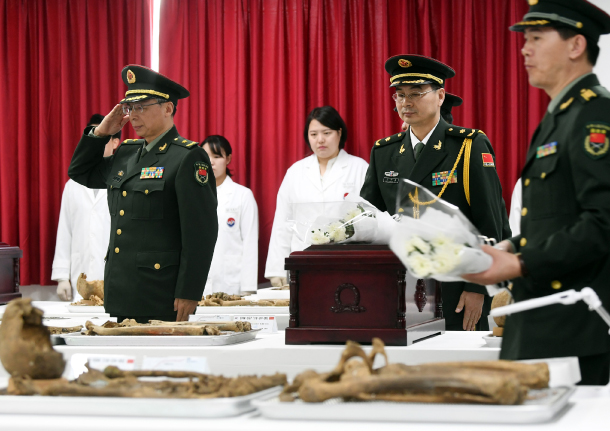 Chinese military officers, including Du Nongyi, military attache of the Chinese Embassy in Seoul, hold a ceremony for the recovery of the remains of 10 Chinese troops at a temporary mortuary in Incheon on Monday. Seoul’s Defense Ministry’s excavation team confirmed the remains as those of Chinese troops who died in Korea during the 1950-53 Korean War through a forensic identification process after having discovered them during recovery work from March through November last year. The two countries are set to hold a ceremony marking the return of the remains at Incheon International Airport tomorrow. [NEWS1]