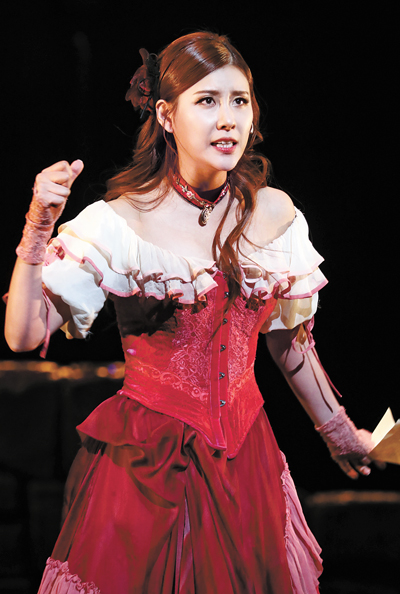 Stephanie, a member of four-member girl group CSJH The Grace, signaled a new start to her career on Tuesday, announcing that she signed a new contract with WK Media.

“We have signed a management contract with Stephanie, who has been widening her horizon as a musical actor,” said Park Sung-wook, president of the new agency.

“We will be supporting her in all ways we can, to ensure she is able to use her talents as a singer, actor, ballerina and a musical actor.”

Stephanie made her debut with the quartet in 2005. The group’s first song was titled “Too Good.” The songs that followed were also popular, but the group has been dormant since 2010, with the other three members also pursuing careers outside of the group.

Stephanie then debuted as a musical actor in 2018 with “The Musical” and has appeared in other musicals since, including “Oh! Carol.”

“I thank the fans who have always been so supportive of me, and I look forward to all the new activities I can do with my new management agency,” Stephanie said.

The singer plans to make a comeback in April, according to the agency.