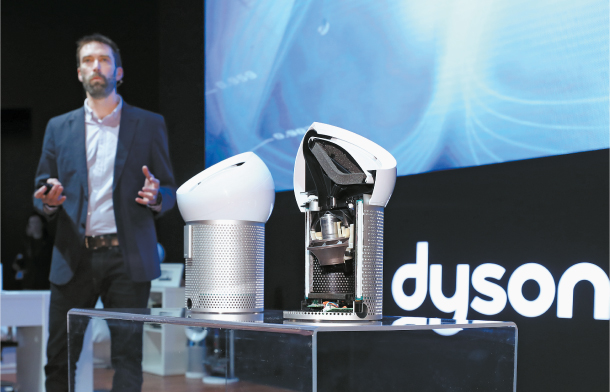 In the vacuum business, it’s not enough to simply clean well. After-sales service is an important part of the equation.

That’s what Dyson, the British maker of high-end machines, has learned.

The company is taking repair in-house and will soon be opening its own dedicated repair center, responding to complaints that it was not as good as its local rivals in dealing with troubles with the vacuum cleaners after the initial sale.

The move is an about-face for the company.

Last March, it said it didn’t have immediate plans to open a repair center. Now it is does, though no timeline has been given for the actual establishment of the after-sales service location.

In the meantime, repairs will be done by partnered companies and the fixes will be returned within 72 hours. The company will make identical or better units available to customers during the repair period.

Until now, Dyson had contracted out its after-sales service centers and was unable to commit to a fixed turnaround time. Dyson started sales of its new cordless vacuum cleaner, the V11 Complete, and a personal air purifier in Korea yesterday. They will be available at department stores nationwide and via the internet.

The V11 is an upgrade from last year’s V10. It has a larger battery and 15 percent more suction power. It’s also Dyson’s first vacuum cleaner with an LCD screen on the handle displaying information about the power mode and remaining battery life.

The V11 is said to be smarter. It automatically adjusts suction power by detecting the kind of floor it’s cleaning. On carpets or floors with crevices, it powers up.

On hard floors, it reduces suction to save power. Sensors on the brushes measure resistance.

Dyson is facing fierce competition in Korea from domestic players. It dominated the market for high-end vacuum cleaners for years since entering Korea in 2008, but LG is challenging its domination. While Dyson has about 50 percent of the market, LG has about 40 percent.

Another product introduced at a Dyson press event Wednesday was the Pure Cool Me, a personal air-purifying fan. The product is different from air purifiers that clean entire rooms.

The Cool Me directs wind in a concentrated area.

The device directs air in opposite directions on a dome surface, the jets meeting to create a high-pressure breeze directed toward the user. The direction of the wind can be adjusted by moving the dome surface and pivoting the device with a remote control. Pure Cool Me comes with a two-layer HEPA filter. It is priced at 490,000 won.