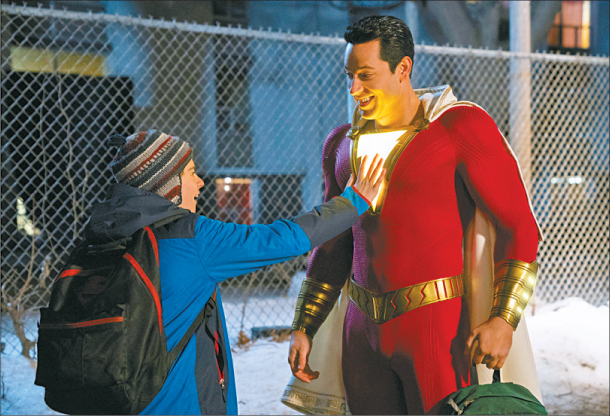 “Shazam!,” the latest DC superhero movie, tells the story of a 14-year-old foster kid from Philadelphia named Billy Batson (Asher Angel), who can transform himself into an adult superhero named Shazam (Zachary Levi). Yet even with his muscles and strong powers, he is still very much a kid and must go through many trials and errors.

Billy is helped by the boys and girls in his new group foster home, where he is placed directly before he gets his powers.

The movie was directed by David F Sandberg, who gained fame for a number of low-budget horror short films and then made his 2016 directorial debut “Lights Out,” based on one of the short films. He also directed The Conjuring Universe spin-off “Annabelle: Creation” (2017).

The film is an emotional story revolving around a middle-aged couple, Sun-nam (Jeon) and Jeong-il (Sul Kyung-gu) who lose their high school son, Su-ho, in a tragedy.

The story is based on the tragic event that happened in April 2014, in which a ferry heading toward Jeju Island capsized, killing over 300 people on board, most of whom were high school students. The incident is remembered as a national tragedy, with so many questions regarding the cause of the disaster left unanswered.

Director Jordan Peele, whose 2017 film “Get Out” was a worldwide hit, is back to scare audiences with “Us.”

In 1986, Adelaide Thomas’ (Lupita Nyong’o) family goes on vacation in Santa Cruz, California. While there, she enters a fun house at the beach and encounters a doppelganger of herself. Shocked at what she saw, she goes back to her family but is unable to tell them about the incident.

Years later, Adelaide visits her family’s beach house in Santa Cruz with her husband Gabe Wilson (Winston Duke) and her two kids, Zora (Shahadi Wright Joseph) and Jason (Evan Alex), but deep inside, she is still concerned about her traumatic experience.

Tragedy starts to unfold when, one night, a group of unidentified people who look just like them breaks into their home and attacks them for no particular reason.

First released in the United States on March 22, the horror film received a 94 percent “fresh” on Rotten Tomatoes. 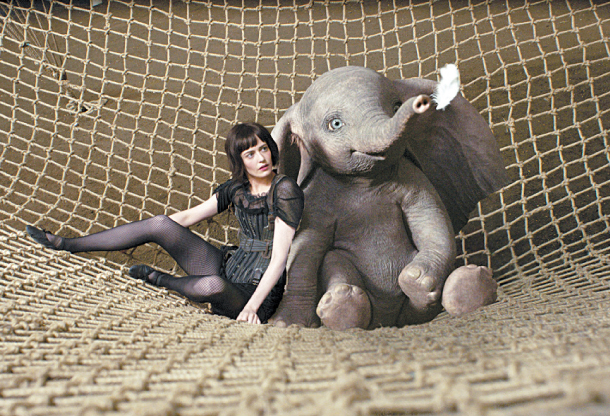 A remake of Disney’s 1941 hit animated feature, “Dumbo” is a live-action film that centers on Dumbo, a baby elephant who is laughed at due to his enormous ears.

Dumbo rises to stardom as he enchants audiences with his magic, along with aerial artist, Colette Marchant (Eva Green).

Holt, however, realizes that deep beneath the enchantment, a dark secret lies in Dreamland - the circus.

The film is directed by award-winning filmmaker Tim Burton, who was behind the masterpieces “Edward Scissorhands” (1991), “Big Eyes” (2015) and “Miss Peregrine’s Home for Peculiar Children” (2016).

Sidonie-Gabrielle Colette (Keira Knightley) moves to Paris at the end of 19th century after falling deeply in love with Henri Gauthier-Villars (Dominic West) - known by his pen-name Willy - who is a pretentious novel publisher. But life in Paris is not as easy: not only does Colette find Willy hanging around with a prostitute, but he is also unable to afford to pay his writers. Willy eventually asks Colette to write a novel based on her experiences.

Her novel “Claudine a l’ecole,” is published under Willy’s name and becomes a best seller and all of the fame, success and money benefit only Willy.

Ambitious for more success, Willy buys a country house and forces Colette to write a sequel, “Claudine a Paris,” which becomes another best seller. But this time, Colette decides not to sacrifice herself to Willy anymore.

Based on the true story of a French Nobel Prize-winning author, the movie was directed by Wash Westmoreland and premiered at the Sundance Film Festival in January 2018. 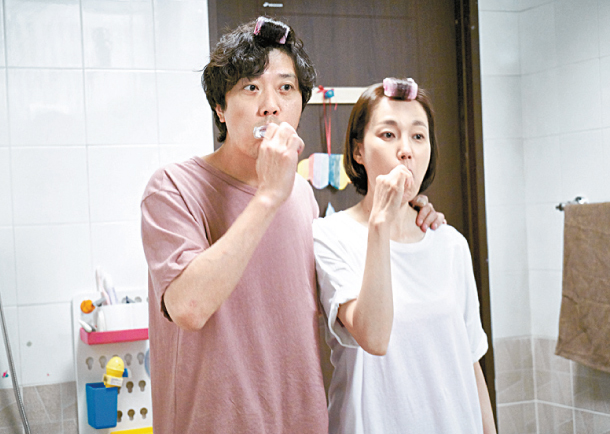 Jun-ho (Park Hee-soon) and Yu-mi (Jin Gyeong) have been married for 20 years and are still madly in love with each other. For their 9-year-old daughter Jin-hae (Lee Go-eun), the creaking sound she hears from their bedroom upstairs is a sign of “health” and “happiness.”

But after a pretty lady called Mi-hee (Hwang Woo-seulhye), who is also Jun-ho’s friend, moves in next door, Yu-mi begins to grow suspicious about their relationship.

Worried that the creaking sound is no longer heard, Jin-hae makes her own plan to bring back peace in the house.

Directed by photographer and filmmaker, Kim Ji-hye, the family comedy tells the story of adults and love through the eyes of a child. 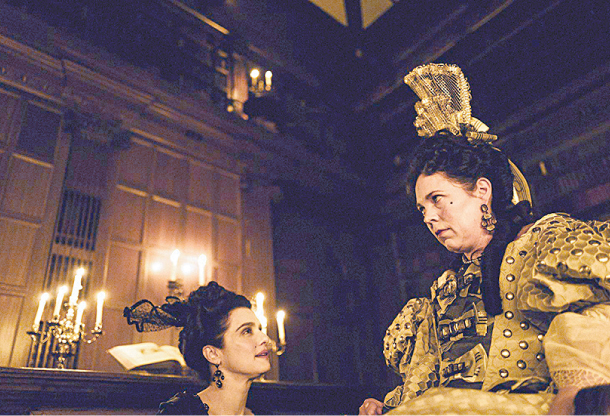 Based on a 2014 New York Times article titled “The Sinaloa Cartel’s 90-Year-Old Drug Mule” by Sam Dolnick, this film is directed by Clint Eastwood and stars Eastwood himself, along with actors Bradley Cooper and Laurence Fishburne.

Earl Stone (Eastwood), a horticulturist and a Korean War veteran, is a “mule” who works with a Mexican drug cartel and transports cocaine from Illinois to earn his living. Stone easily earns the trust of the drug cartel due to his age and background. Tension arises however, when the cartel’s boss is murdered and Stone postpones a drug delivery in order to stay beside his ill wife.

As the members start to distrust him, Stone is eventually captured and beaten. Meanwhile, the Drug Enforcement Administration agents do everything to track down illegal trading.

Meanwhile, her ambitious and furtive friend, Sarah Churchill (Rachel Weisz), the Duchess of Marlborough, governs the country through her will and her close ties to the queen. Sarah seeks to double land taxes in order to fund the war, but is faced with opposition by Robert Harley (Nicholas Hoult), a member of the Parliament, who tries to achieve a peace treaty.

Anne and Sarah’s relationship is threatened after Abigail Hill (Emma Stone) - Sarah’s poor cousin, a former aristocrat who has fallen on hard times - arrives at the palace seeking employment. She begins working as a scullery maid, but later makes her way up to the queen’s bedchamber and seeks to regain her lost authority by gaining the queen’s heart. Meanwhile, tensions grow as Robert attempts to use Abigail as a spy to surveil Sarah.

Directed by award-winning producer Yorgos Lanthimos, and written by Deborah Davis and Tony McNamara, the film premiered at the 75th Venice International Film Festival in August.