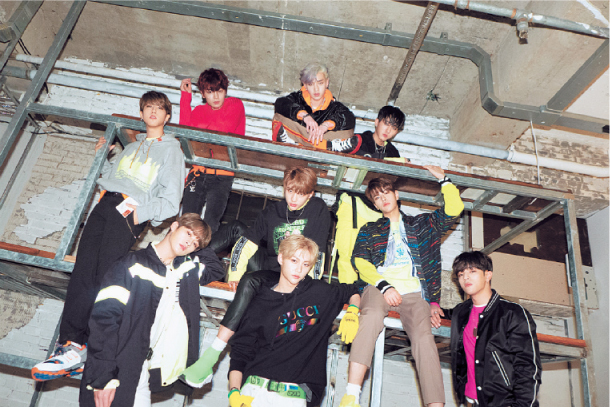 Boy band Stray Kids made its way onto Billboard’s Artist 100 chart for the first time since its debut, JYP Entertainment announced on Thursday.

The nine-member act reached 90th on this week’s chart, according to Billboard’s latest update made on April 2.

Having made their debut last March, the rookies have proved their power overseas with their latest EP “Cle 1: MIROH,” landing on three other Billboard charts: No. 3 on the World Albums chart, No. 4 on the Social 50 chart and No. 5 on the Emerging Artists chart.

The U.S. music magazine has had the group in its sights for long time, ranking them first on Billboard’s list of “10 K-Pop Artists to Watch in 2018,” which was published last April.

“Stray Kids flaunted their position as the biggest rookies of 2018, having swept eight major rookie awards last year in Korea,” the agency said.

“The music video for ‘MIROH’ is closing in on 30 million views, surpassing 28 million views on Thursday morning.”