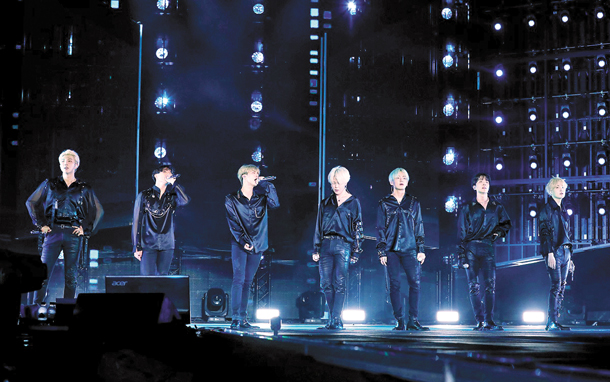 Global K-pop sensation BTS wrapped up its monthslong world tour in Thailand on Sunday, its management agency said, having drawn a combined 250,000 fans in four countries in Asia alone.

Big Hit Entertainment said the boy band’s fourth leg of the “Love Yourself” world tour concluded at Rajamangala National Stadium in Bangkok on Sunday. BTS performed to a sellout crowd at the same venue on Saturday.

BTS began its world tour in Seoul last August in promotion of its “Love Yourself” album series. Big Hit said the Asian leg, which included stops in Taiwan, Singapore and Hong Kong, saw 250,000 fans in attendance.

BTS will have a worldwide release of a new album, titled “Map of the Soul: Persona,” on Friday and will be on NBC’s “Saturday Night Live” the following day.

The award-winning group will embark on the “Love Yourself: Speak Yourself” tour in Los Angeles in May. It will take the septet through Chicago, East Rutherford (New Jersey), Sao Paulo, London, Paris, and Osaka and Shizuoka (Japan).