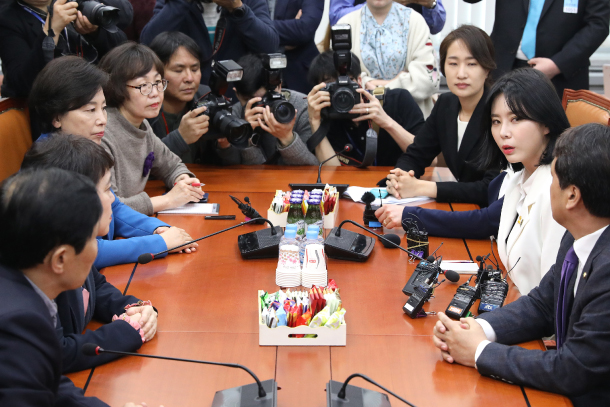 Yun Geo, center in the right row, a key witness in the scandal surrounding the 2009 death of actress Jang Ja-yeon, talks with lawmakers on Monday at the National Assembly in Yeouido, western Seoul, about her efforts to shed light on Jang’s suicide. Yun, a former actress who was employed by the same agency as Jang, was invited by lawmakers to give a briefing. [NEWS1]