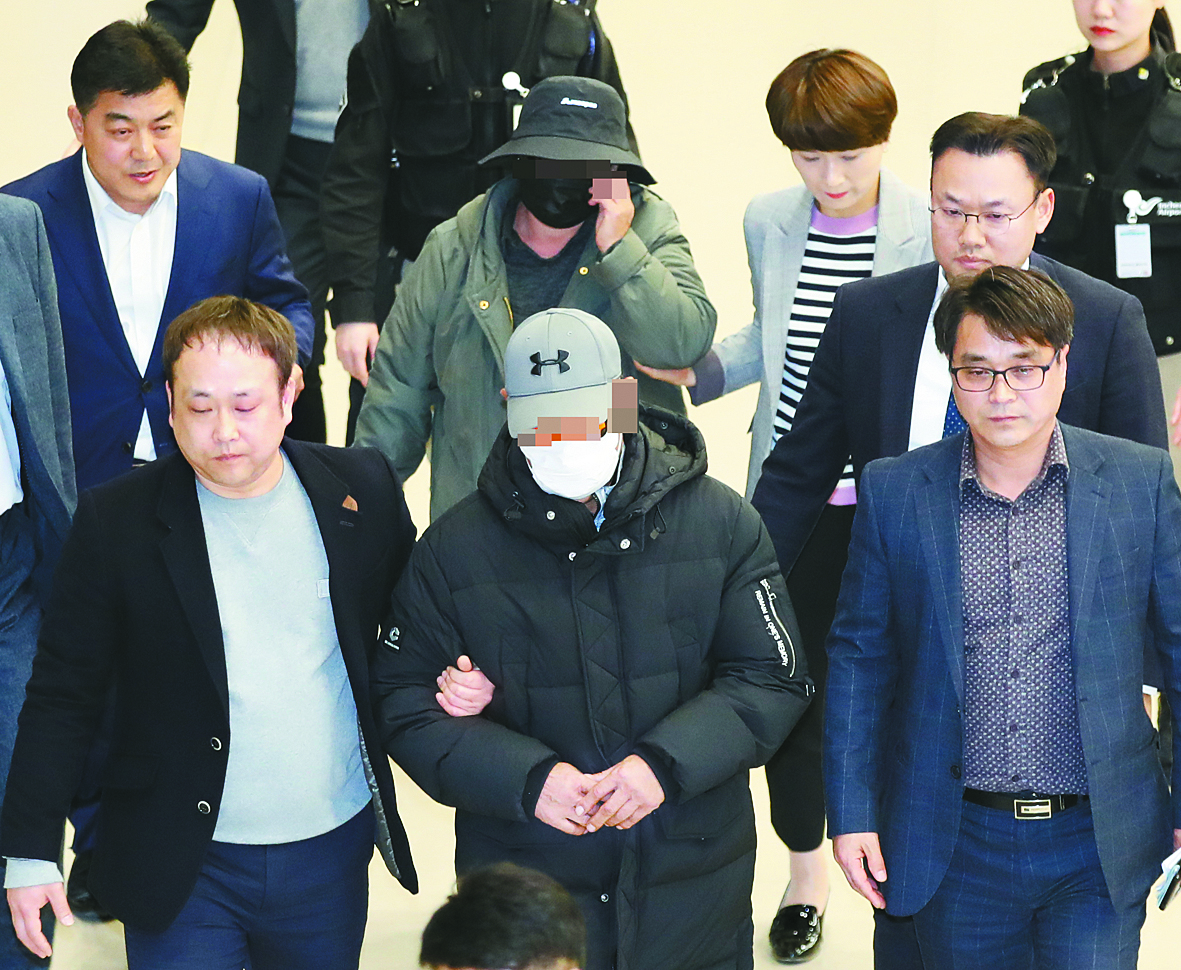 Rapper Microdot’s parents, who have been accused of pocketing money from their friends and family, arrived at Incheon International Airport on Monday evening and were arrested on the spot by police who were waiting for their arrival.

The couple notified local police of the time of their arrival through an attorney they appointed in New Zealand, because they were “worried about the future of Microdot and Sanchez,” their two sons who are both well-known rappers in Korea.

The couple was transferred to the Jecheon Police Station in North Chungcheong, and began questioning on Tuesday morning.

In November, people came forward claiming that the rapper’s parents borrowed large sums of money, fled overseas 21 years ago and have not paid them back since.

The couple took some 600 million won ($526,200) from 10 victims, according to the police, but the victims claim that they took over 2 billion won if they include the money and private property loaned without paper documents.

Microdot, who has not made any public appearances since the rumor first broke out five months ago, met with reporters from a YouTube channel named “Jam Issueda” on Tuesday.

The full video will be uploaded on Friday evening on the official “Jam Issueda” channel.