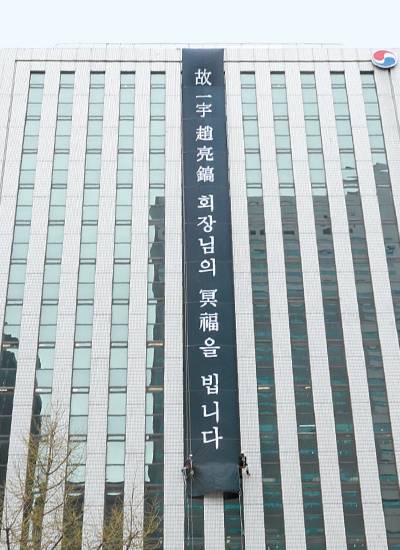 The airline industry is expressing its condolences following the death of Cho Yang-ho, former chairman of Korean Air.

Cho, who served in that position for nearly 20 years, died from chronic pulmonary disease at a hospital in Los Angeles on Sunday.

According to Korean Air Wednesday, the International Air Transport Association (IATA) recognized Cho’s contributions to the association, which sets global standards for airline safety and security.

Cho was a board member at the IATA.

“We are saddened to learn of the passing of Mr. Yang-ho Cho, and would like to express our sincere condolences to his family, Mrs. Cho, Walter, Heather, Emily, his five grandsons; to our friends and colleagues at Korean Air,” said the IATA.

“Mr Cho had served as a member of the IATA Board of Governors for about 20 years in total, and his contributions on the board had provided guidance to the IATA and helped to shape the industry’s agenda. He will be greatly missed when the industry gathers in Seoul for the IATA Annual General Meeting in June.”

Delta Air Lines, which formed a joint venture partnership with Korean Air in 2017, also conveyed its condolences. “The hearts of the entire Delta family worldwide are with the Cho family during this difficult time,” the airline said. “Chairman Cho Yang-ho was a great friend to Delta and a major figure in global aviation. He will be missed.”

Korean Air and Delta Air Lines formed a joint venture partnership in 2017 with the goal of creating the most comprehensive trans-Pacific network. The airlines are scheduled to launch a new nonstop service between Boston and Seoul on Friday. The two, along with Air France and Aeromexico, are founding members of Sky Team, one of the world’s three main airline alliances.

Ser Miang Ng, an executive board member at the International Olympic Committee, said, “I am deeply saddened to hear about the demise of Chairman Cho. He was a friend, a gentleman and a fighter. Please convey my condolences to his family.”

Cho served as president of the organizing committee for the 2018 PyeongChang Olympic & Paralympic Winter Games, but stepped down in 2016.

Other hospitals in the city are also being considered.

The company is planning to accept those offering condolences at offices in Gangseo District, western Seoul, and in Seosomun-dong, central Seoul.