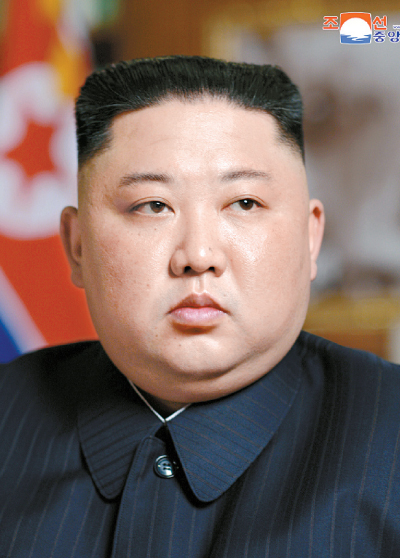 “The election of the Supreme Leader as chairman of the State Affairs Commission of the DPRK is the great political event of crucial historical significance,” the KCNA said. DPRK is an acronym for North Korea’s official name, the Democratic People’s Republic of Korea.

Kim was first elected to the post in June 2016, when the commission was created through an amendment to the constitution. Though it has been only three years since the election, his new five-year term should technically start with the beginning of the newly formed parliament.

Thursday’s session drew a lot of attention since it determined a new makeup for the country’s leadership.

In the meeting, North Korea’s nominal head of state Kim Yong-nam was replaced by Choe Ryong-hae, vice chairman of the State Affairs Commission, according to state media.

During key party meetings held ahead of the parliamentary session, Kim stressed the importance of “self-reliance” repeatedly and urged his people to follow through on the party’s strategic line of economic development. He mentioned his second summit with Trump in late February but steered clear of directly criticizing Washington.

The two shared the need for maintaining dialogue with North Korea to peacefully resolve its nuclear issue and Moon expressed hope to hold a fourth inter-Korean summit with Kim. Trump reaffirmed his stance to maintain sanctions on Pyongyang to force it to give up its nuclear weapons program.

The parliamentary meeting touched on budgetary issues. According to KCNA, the North’s total expenditures this year on economic construction projects will expand 5.4 percent on-year. In particular, its investment in science and technology will expand by 8.7 percent on-year.

The North forecast that its revenue will grow 3.7 percent on year this year, with expenditures projected to increase 5.3 percent over the same period, the state media reported.