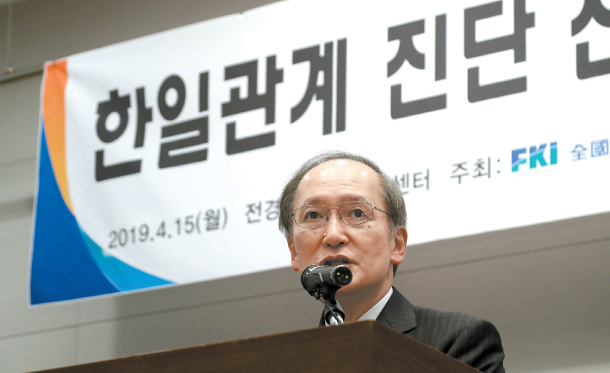 Japanese Ambassador to Korea Yasumasa Nagamine speaks on Monday at a meeting held to improve relations between Korea and Japan at the office of the Federation of Korean Industries in western Seoul. During the meeting, Nagamine said that the Korean Supreme Court’s ruling in October last year, which ordered Japanese companies to compensate the victims of forced labor during World War II, heavily damaged the Korea-Japan relationship. [YONHAP]