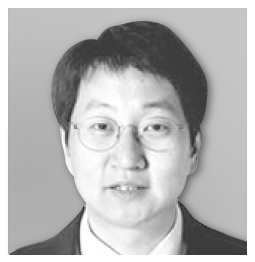 “I disagree with you on a number of things, and I am sure you disagree with me … Frankly, I admire you … But I just want to say in closing that I think you have acquitted yourself well. I think your family has acquitted themselves well, and they ought to be very, very proud of you, as you, of course, have demonstrated you are of them.”

At the confirmation hearing for a Supreme Court justice nominee appointed by the president, an opposition member of the Senate Judiciary Committee expressed his admiration after pressing the candidate with sharp questions. This actually happened. It is amazing and moving. Unfortunately, this did not happen in Korea’s National Assembly. What happened in the U.S. Senate would be only possible in a dream in Korea.

In July 1993, then U.S. President Bill Clinton named Ruth Bader Ginsburg to the Supreme Court, and the Senate confirmation hearing was held. Ginsburg had been a judge in the United States Court of Appeals for the District of Columbia Circuit at the time. When the nomination was announced, the Republican Party labeled her a “radical.” The opposition claimed that she was using the law for the values she pursued rather than defending the spirit of the law. Republican Senator Orrin Hatch was at the front-line of the offensive at the confirmation hearing. In his first question, he claimed that Justice Ginsburg did not read the Constitution literally and instead interpreted it according to her beliefs.

In a two-day hearing, nine Republican senators asked about her views on past decisions of the Supreme Court, trials that Justice Ginsburg had been involved in and her personal background. Ginsburg calmly discussed her beliefs. The questions and answers are documented in the 681-page-long transcript. It was a triumph for Ginsburg. Senator Hatch mentioned her family in his statement, suggesting that he had reviewed the assets and tax records of her family, including her husband, an attorney. As it could affect decisions of the judge, families and friends of the nominee were included in the verification. The Senate confirmed her 96 to 3, with 44 of the 47 Republicans approving her nomination.

How about Korea? After Rep. Keum Tae-sup, a lawmaker of the ruling Democratic Party, asked, “What do you think about refugees and immigrants?” Lee Mi-sun, a nominee for Constitutional Court justice, responded, “I haven’t been serious on the issue yet, but I believe refugee and immigration issues need to be addressed by converging various voices of society.”

Lee is a founding member of the International Human Rights Research Society. As the title suggests, the purpose of the group is to study international human rights law. Many members took key positions in the court, including the chief justice, and the group may seem to be a powerhouse.

But the original purpose of the association was to address legal issues related to human rights with a global perspective.

Opposition lawmaker Park Ji-won said, “Your written response seems to have some opportunistic answers. You are positive on capital punishment but reserved on criminal abortion, alternate service for conscientious objectors, punishment of gay people in the military, the minimum wage and taxing the clergy. How can I be convinced if you remain reserved on all these issues?” Lee responded, “I need to be prudent on expressing my views as related cases are pending in the Constitutional Court.”

In the end, I could not learn her thoughts on the real issues arising from the clash of Constitutional values and spirit of the times. In her final statement, she said, “I will work hard to sufficiently realize the spirit and value of Korea’s Constitution. I will listen to various voices and make all efforts to fulfil my duty to make fair and proper decisions.” She practically said she would do her best no matter what.

The documentary film “RBG” is now playing in theaters in Korea. It describes how Ginsburg lived to realize her ideals and how the octogenarian female justice became an icon of the time that young Americans rave over. I recommend Lee, Blue House Civil Affairs Secretary Cho Kuk and former Supreme Court Justice Jeon Soo-ahn watch this documentary.