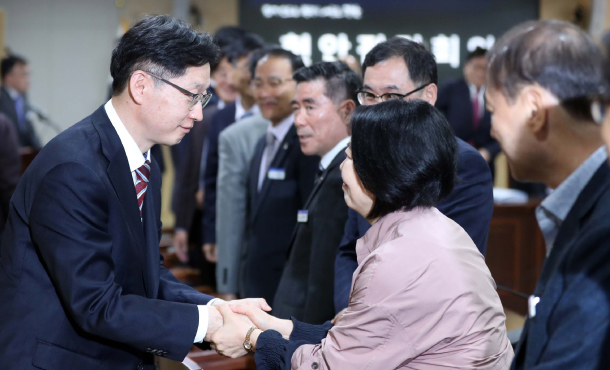 South Gyeongsang Gov. Kim Kyoung-soo, left, shakes hands with officials of the South Gyeongsang provincial government on Thursday as he reports to work after being released on bail after more than two months in jail over his role in an online opinion-rigging scandal during the 2017 presidential election. [YONHAP]