Pyongyang must accept a big deal

Pyongyang must accept a big deal 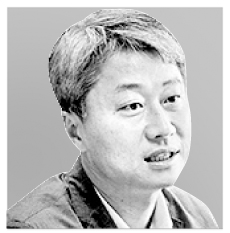 Kim Keun-Sik
The author is a professor of political science at Kyungnam University.

After the North Korea-U.S. summit in Hanoi, Vietnam, broke down, a subsequent South Korea-U.S. summit and a speech by North Korean leader Kim Jong-un made it clear that the positions of Washington and Pyongyang remain unchanged. U.S. President Donald Trump has made a consistent argument that Pyongyang must accept a “big deal” for denuclearization. Kim has proclaimed that he won’t go into a negotiation unless such a U.S. demand remains unchanged. Nothing has changed since the Hanoi summit two months ago.

Yet South Korean President Moon Jae-in formally proposed an inter-Korean summit in order to arrange a third U.S.-North Korea summit. He does not see what’s before him, but instead sees what he wants to see. Moon only had a two-minute one-on-one dialogue with Trump after traveling all the way to Washington for a one-day trip. Trump, in front of Moon, told reporters that he had not changed his position since the Hanoi summit. Moon’s proposal for mediation was not a “good enough deal” for Trump.

Kim Jong-un has also defined the U.S. demand for denuclearization as a plan to “disarm North Korea first and overthrow my regime later,” and has made it clear he would not accept it. Kim even made it public in a speech before the North Korean people, declaring his determination not to step back. He also criticized Moon as an “officious mediator.” Although Trump and Kim are both demanding the other surrender, Moon is the one surrendering — to his own wishful thinking. Unless he is deliberately ignoring the unresolved differences between Washington and Pyongyang, he is seriously deaf to reality.

There is a place in diplomacy and security for wishful thinking, albeit a fairly small one. Moon must not adhere to his desire for another Trump-Kim summit after ignoring Trump’s stubbornness. Moon should not dismiss Kim’s straightforward rejection of a big deal by fixating on Kim’s claim that he is willing to meet Trump again. If Moon shrugs off the things that everyone knows, he’s going to find himself in a serious problem.

A summit cannot be the goal for denuclearization negotiations. Whether it is an inter-Korean summit or a North-U.S. summit, those are just means to achieving denuclearization of the North. Although Washington and Pyongyang clearly have differences, arranging a meeting no matter what is pointless.

Kim’s offer to dismantle the Yongbyon nuclear facility — presented in Hanoi — is totally unacceptable to the United States. It was used when the 1994 Geneva Agreement was signed, and it was used again when the Sept. 19, 2005, joint statement from the six-party talks was concluded. The United States is determined to not buy the same horse. The North must specify the scope of denuclearization so that the international community can trust Kim’s promise for “complete denuclearization.” That is a one-shot, big deal. Washington wants Pyongyang to clearly announce what it will dismantle and how, instead of repeating mere rhetoric about complete denuclearization. 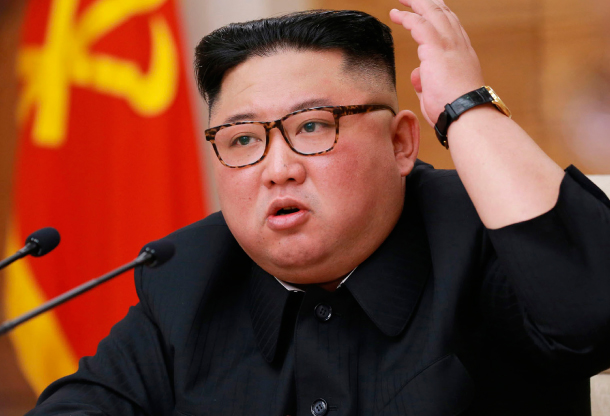 North Korean leader Kim Jong-un addresses the Political Bureau of the Central Committee of the ruling Workers’ Party in Pyongyang on April 9. Kim is cautiously turning up the heat after his unsuccessful summit with U.S. President Donald Trump in Hanoi, Vietnam, two months ago. [AP/YONHAP]

Given the past failures in nuclear negotiations with North Korea, the U.S. demand for a written or verbal promise from Kim on the scope of the denuclearization can be justified. A big deal is not an attempt to disarm the recalcitrant state: it boils down to a specific promise of denuclearization. Implementation comes next and that can be done in the small steps Pyongyang favors.

It is time for Moon to decide, not mediate. It can be an inter-Korean summit or sending a special envoy. But any South-North dialogue should be a chance for Moon to deliver his clear position to Kim. It must be a meeting in which Moon sternly tells Kim that there won’t be any additional negotiations with the United States unless he accepts the big deal: That is the only point of an inter-Korean summit.