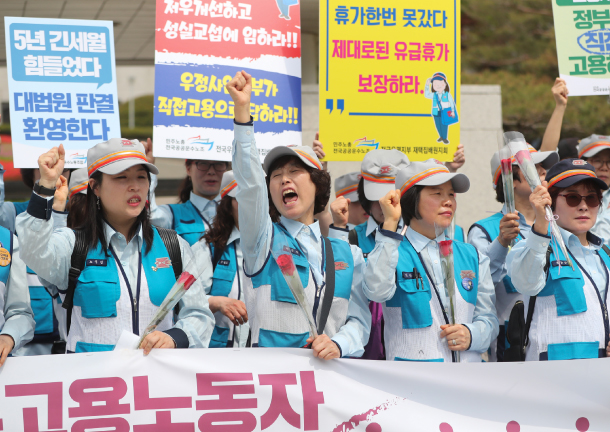 Contract workers of Korea’s national postal service, the Korea Post, who mainly deliver parcels in specific areas such as apartment complexes, cheer in front of the Supreme Court in Seocho District, southern Seoul, on Tuesday after the highest court ruled they are employees of Korea Post. The ruling is expected to help the couriers, who are mostly women, work under more favorable conditions. [NEWS1]