A presidential aide has submitted her resignation over an appointment scandal at the Environment Ministry, the Blue House said Wednesday. 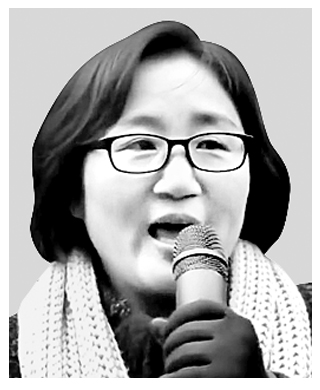 Shin Mi-sook, President Moon Jae-in’s secretary for balanced personnel affairs, recently submitted her resignation and the Blue House is currently processing it, according to Ko Min-jung, the deputy presidential spokeswoman.

The prosecution is investigating top officials of the Blue House and the Ministry of Environment who are accused of abusing their power by creating a blacklist of officials for a political purge and filling the vacancies with associates of President Moon.

The prosecution is investigating Shin as a criminal suspect over an allegation that she had reprimanded officials at the Environment Ministry last year after they dropped a candidate the Blue House recommended for an organization affiliated with the ministry.

The Seoul Eastern District Prosecutors’ Office questioned Shin twice. The last questioning took place on April 16. She reportedly denied the charges that she abused her power to force an appointment.

The prosecutors are also investigating Kim Eun-kyung, who was environment minister from 2017 to 2018, over allegations that she had abused the power of her office to make political appointments. Kim has been questioned four times earlier this year.

The prosecution is also mulling the possibility of summoning Shin’s supervisor, Cho Hyun-ock. Cho is the senior presidential secretary for personnel affairs. The prosecution suspects that Cho was aware of what had gone on at the Environment Ministry and the Blue House over the controversial appointments, but both Kim and Shin are remaining tight-lipped about Cho’s alleged involvement.

Sources at the prosecution said they are considering a plan to seek warrants to detain Kim and Shin, but the current situation at the court deters them from moving forward. The Seoul Eastern District Court has only two judges who oversee warrant hearings, and an early application to detain Kim was struck down by Judge Park Jeong-gil in March.

The prosecutors said they have enough evidence to indict Kim and Shin without seeking pretrial detention, but they worry that it will be unfair to other hiring misconduct cases. The prosecution has detained key suspects in similar cases involving private companies such as Woori Bank, Shinhan Bank and KT.