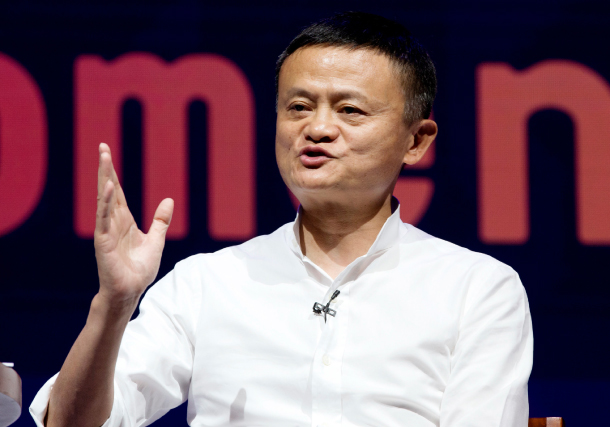 Alibaba Group Chairman Jack Ma speaks during a seminar in Bali, Indonesia, in October 2018. His remarks, that young people should work 12-hour days, six days a week if they want financial success, has led to a public debate over work-life balance in the country. [AP/YONHAP]

PARK HYUN-YOUNG
The author is the head of global economic team of the JoongAng Ilbo.

“Being able to work 996 is a huge blessing. Many companies and workers don’t get a chance to work 996. When can you work 996 if you don’t when you are young?” said Alibaba founder Jack Ma when he spoke to the employees on April 11. It was a conversation to address 996, the most controversial topic in China today. It means working form 9 a.m. to 9 p.m., six days a week. It is similar to “Mtwtfff” of Korea a decade ago.

Ma delivered a direct message: “If you join Alibaba, you should be prepared to work 12 hours a day. Why would you come work for Alibaba if you are not? I don’t need people who want to leisurely work eight hours a day,” he said. Young engineers who raised concerns about 996 as their health and social lives were ruined by long work hours, were furious about Ma’s remark. In China’s start-up industry, young entrepreneurs and employees often die suddenly. As the New York Times and BBC reported the trend, a global debate began.

Jack Ma, who founded one of the largest internet companies in the world, is inevitably an “oldie.” One of the characteristics of oldies is that they like to say, “When I was in your age, I was …” Ma said he worked 12x12, and he never regretted it. This means working 12 hours a day for 12 months.

He stressed devotion, “If you do what you like, 12 hours is not long.” It is an oldie who does not acknowledge difference and forces his values on others. Ma and employees are in different positions. One commented: “If an owner works 996, his asset grows. When workers work 996, they don’t get overtime.”

There is another thing Ma neglected. When workers work longer, productivity actually declines. Where workers work less, national income is higher. Germany has one of the shortest work hours among the Organization for Economic Cooperation and Development members, but its gross domestic product (GDP) per work hour is $61. Koreans work 2,024 hours, yet productivity is lowest. Korea’s GDP per work hour is only $34, half the $64 in the United States.

Chinese government media attempted to calm the controversy by stating that forcing overtime was unfair and unrealistic.