Moon gets his first female spokesperson

Moon gets his first female spokesperson 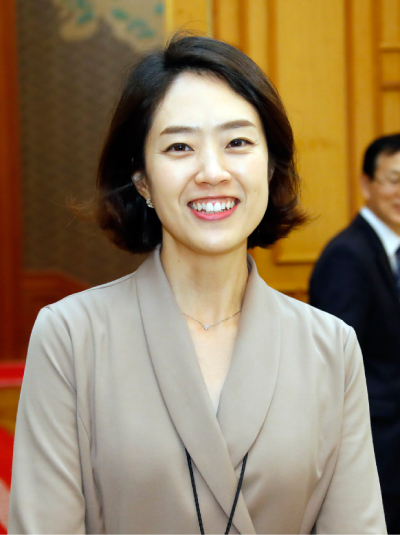 The presidential office said Thursday it has appointed its deputy spokeswoman, Ko Min-jung, as its new spokesperson to fill a post that had been vacant for a month.

Ko was a well-known TV anchor before joining the campaign team of President Moon Jae-in. Since Moon’s inauguration on May 10, 2017, she had worked as his deputy spokeswoman.

“[She is] one of the presidential staff who understands the philosophy of the Moon government in handling state affairs the best,” Yoon Do-han, senior presidential secretary for public relations, said in a statement.

She was promoted to the grade of presidential secretary in January.

She has become the third presidential spokesperson in the Moon Jae-in administration. She’s Moon’s first female spokesperson. Born in 1979, Ko majored in Chinese language and literature at Kyung Hee University in Seoul and joined KBS, a Seoul-based public broadcaster, in 2004. She succeeds Kim Eui-kyeom, who quit abruptly in late March amid a real estate speculation controversy.