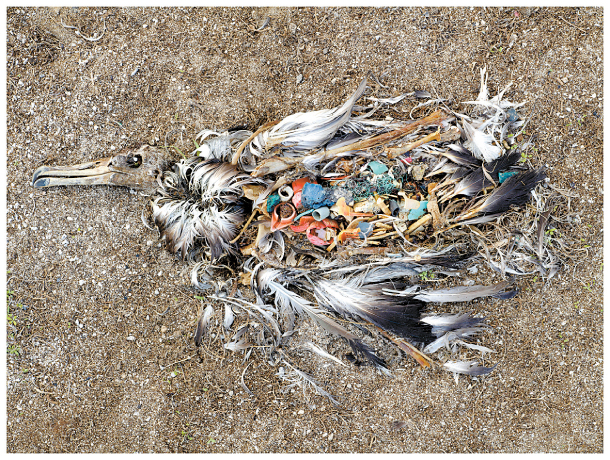 Through May 5: In “Intolerable Beauty,” Seattle-based Chris Jordan explores the issue that is closest to his heart - environmental pollution.

Composed of a 64-piece collection of photographs, artworks and a documentary video, the exhibition shows the harrowing reality of how excessive human consumption is destroying nature and wildlife.

Jordan’s “Running the Numbers” collection showcases collages of thousands of tiny images of disposable objects like plastic cups that reflect the levels of waste created every day.

Works from the “Midway Project” include iconic photographs of dead baby albatrosses chocked to death on pieces of plastic they mistook as food in the Pacific Ocean. 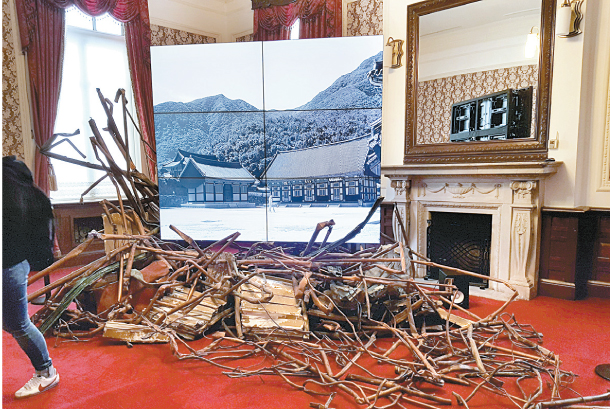 Through May 6: This exhibition is one of the largest art shows ever about the buffer zone between South and North Korea. Fifty artists display works about the past, present and future of the demilitarized zone (DMZ) seen in various aspects, encompassing histories, politics, individual lives and natures from each of their perspectives.

The exhibition also has a special section titled “The Life Environment of the DMZ,” which features botanical specimens from the areas near the DMZ, where diverse species of wild flora and fauna are well preserved because of the lack of human activity in the area.

Admission is free. It is closed on Mondays. Go to Seoul Station, subway lines No. 1 and 4, exit 2.

Through June 30: To celebrate the 30th anniversary of the museum, the Kumho Museum of Art has launched a massive three-month project to showcase works by nearly 70 artists it has supported.

Since 2004, the museum, which is sponsored by the Kumho Asiana Cultural Foundation, has selected emerging artists under the age of 35 each year to sponsor their solo shows, as part of its “Kumho Young Artist” program. Now the museum is holding group shows of the artists to look back on its history and the Korean contemporary art history.

Every month through June, the museum will display works by around 20 of these past “young artists,” bringing the total number of featured artists to 66, excluding three artists who aren’t currently active.

The second part started on April 30 and runs through May 26. The participants are 23 artists including Chung So-young, Guem Min-jeong, Jo Jong-sung, Lee Hyung-wook and Lee So-jeong.

Through July 7: At “Na Na Land: It’s My World,” how you look at yourself is more important than what others think.

The exhibition displays 64 paintings, installations and videos by 21 artists that promote self-confidence and body positivity, as well as the acceptance of others and their differences. Na means I in Korean.

Visitors are guaranteed a fun time at “Na Na Land” with its interactive installations. Tongjjwa’s “Name Show” (2019) offers visitors the chance to create a new name for themselves, while at Koh Jae-wook’s “DIE For” (2016, 2019), visitors can sing their hearts out in a small karaoke room covered with mirrors inside.

An English teacher from the Goyang Foreign Language High School will provide guided English tours for those interested on May 25 and June 29 at 3 p.m.

Admission is 8,000 won. The museum is closed on Mondays. Take bus No. 571 at Yeonsinnae Station and get off at Sindo Elementary School Station. 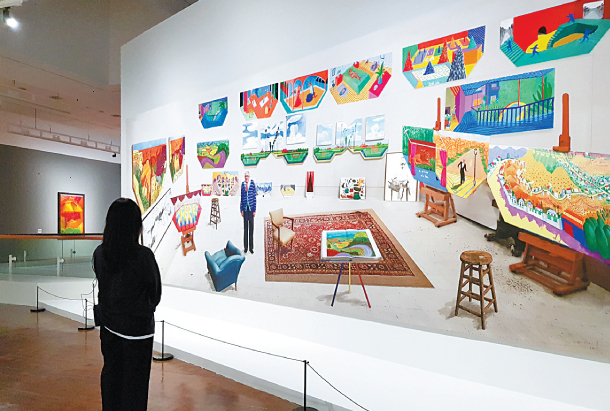 Through Aug. 4: The largest-ever retrospective of the celebrated British painter David Hockney in Asia features 133 paintings, drawings and prints by Hockney, one of the world’s most influential living artists.

Among other highlights are the panoramic “Bigger Trees Near Warter” (2007) that measures approximately 12 meters (40 feet) in width and is composed of 50 small panels to show a scene seen from multiple slightly different viewpoints. There is also a digitally-combined photo work “In the Studio, December 2017” (2017), which was recently gifted to Tate by Hockney.