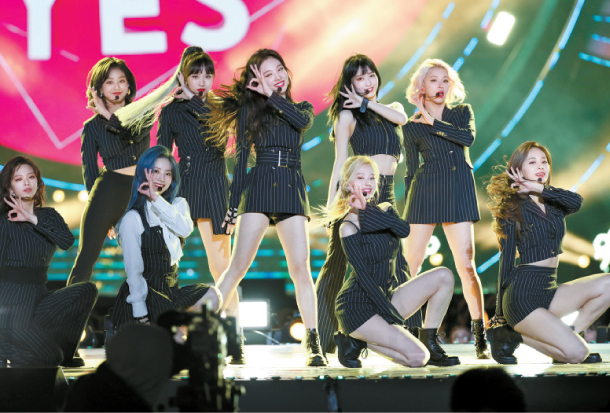 Twice has a new domestic physical album sales record for girl groups after its latest EP, “Fancy You,” which was released on April 22, sold over 150,000 copies in the country, according to Hanteo Chart, a sales tracking site for Korean albums, on Monday.

The girls have also sold over a total of 3.75 million copies of their 12 albums domestically in the three and half years since their debut. In Japan, their eight EP releases have sold over 2.3 million copies. The girl group’s total sales in the two countries is more than 6 million copies.

The group is currently preparing for its nine-city “Twicelights” world tour, which kicks off at Seoul’s KSPO Dome on May 25 and 26. The final stop on the tour will be in Kuala Lumpur, Malaysia, on August 17.