Between statistics and lies

Between statistics and lies 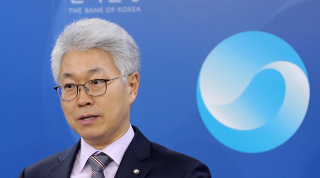 “Statistics are like a drunk with a lamppost: used more for support than illumination,” said Winston Churchill. What he meant was that statistical numbers are not seen literally but are interpreted to support one’s claim. It happens a countless number of times in Korea as well, sometimes using inappropriate statistics. As an example of inequality in opportunity, former President Roh Moo-hyun said that 60 percent of Seoul National University students were from Gangnam District, southern Seoul. The actual number was 12 percent. The 60 percent the president mentioned was actually the percentage of Gangnam students among the 53 students who been admitted into Seoul National University via the overseas residents’ special admission process.

Former President Lee Myung-bak was condemned for “meddling with statistics.” When price statistics was revamped in 2011, “gold ring” was excluded from the surveyed item as gold price was soaring. Thanks to the exclusion, the rate of prices increase fell by 0.4 percent points. It was a kind of window-dressing statistics. In the current administration, statistics remain controversial, as seen in its argument that “positive effects of the government’s income-led growth policy is 90 percent.”

This time, politicians’ interpretations of economic growth statistics involving members of the Organization for Economic Cooperation and Development (OECD) became controversial. Earlier this year, the ruling Democratic Party praised the fact that Korea’s growth rate of 2.7 percent last year was the highest among the OECD members, with the exception of the United States. Yet it was only when four countries — including Korea and France — among the 36 member nations announced their growth rates. Korea’s growth rate was actually 18th. In fact, no one would believe Korea’s growth rate was second after the United States. But I was reminded of the American statistician Carroll D. Wright’s famous remark, “Figures don’t lie, but liars figure.”