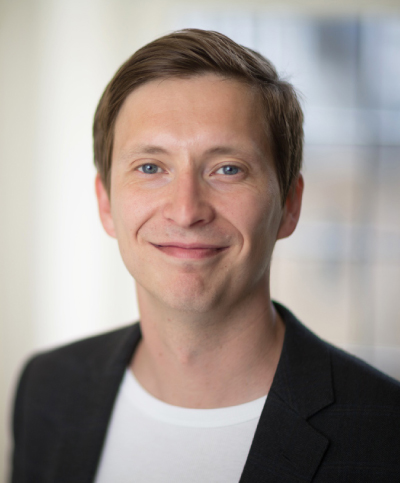 The two-year Finnish experiment of giving cash to a group of unemployed people with no strings attached, successful or not, is not a policy that should be exported to other countries as it is, said a member of a committee in the Finnish Prime Minister’s Office.

“You cannot translate directly one model to another,” said Jaakko Kuosmanen, a member of the Finnish Prime Minister’s Foresight Steering Committee, during his recent visit to Seoul. “You can, however, use the same methods to find out what would be the right model for the country.”

The Finnish government’s basic income experiment gave 560 euros ($625) a month to some 2,000 unemployed Finnish people aged between 25 and 58 through 2017 and 2018. Finland’s structural unemployment rate stands at around 7.5 percent according to the European Commission, which is relatively high compared to other countries in the region.

The results of the analysis of the first year of the experiment came out in February, and the Finnish government decided not to continue with the experiment.

“They found no real positive effects on employment, but there were increases in confidence in participants, their expectations about life were more positive and their trust in government also increased,” Kuosmanen said. “So as of now, we cannot tell whether the program is the right solution for Finland or not.”

The city government of Seoul is also experimenting with a similar program.

Since 2017, the Seoul Metropolitan Government has been handing out 500,000 won ($428) in monthly cash allowances to unemployed or underemployed young adults aged between 19 and 34 for up to six months. The cash allowance program, however, is not unconditional - the applicants have to submit reports on how they used the allowances for employment-related activities.

A local think tank suggested experimenting with an unconditional basic income program earlier this year, but the city government decided in April not to do so.

“We decided not to because we could not accept the idea of experimenting on the citizens of Seoul,” a city government official told a local news outlet, Maeil Business Newspaper, last month.

But according to Kuosmanen, the Finnish government has been pursuing a spirit of experimentation and is hoping that other countries follow suit.

“One thing with experimentation is that many experiences are inhibited by fear of failure,” said Kuosmanen. “You have to be able to accept the possibility of failure, otherwise you will stay on the same course.”

Kuosmanen has been working with the Prime Minister’s Office to help other countries build their own framework for experimentation, including the United Arab Emirates and India.

The Korea JoongAng Daily sat down with him when he recently visited Korea to attend a series of panel discussions hosted by a group of Nordic embassies in Seoul this year, called NORDtalks. The following are edited excerpts of the interview.

Q. How did the Finnish government arrive at the conclusion to conduct an experiment on basic income?

A. The fourth industrial revolution and other developments have raised the question of [whether] old institutions what we need in the new century. And I think that is something that has been picked up around the world and basic income is part of that stream of conversations.

For Finland, there have been structural changes in the economy, moving from a rural-based economy to a more urban-based one, and employers had a hard time finding the right employees. The Finnish government discussed the idea of a basic income experiment for 30 years and by the time it decided to execute it, there was a political consensus on the experiment, because it was actually a center-right government that conducted the experiment.

How was the Finnish government able to implement the experiment, despite criticism that it may be a waste of citizens’ tax money?

In your words, why is it important for governments to experiment? What about Finland makes it more open to experimenting with policies?

Finland has been quite innovative for a long time, obviously for its history in rising from an agrarian society to a modern one and its geopolitical position. One thing with experimentation is that many experiences are inhibited by fear of failure. You have to be able to accept the possibility of failure, otherwise you will stay on the same course. We even celebrate a day called the International Day of Failure.

If the Finnish government were to share its experiences with the basic income experiment with Korea, what would it look like?

You cannot translate directly one model to another. You can, however, use the same methods to find out what would be the right model for the country. So we would be sharing insights from how we built the experimentation model and would work with sources in the [Korean] government who would in turn take ownership in building of the model.

What have been cases of sharing the Finnish model of experimentation with other countries?

The United Arab Emirates wanted to learn how they can be better with experimentation. I worked with the Prime Minister’s Office to help them design policy experimentation on how the government of the UAE should conduct and design experiments.

In another case, the government of Assam (in India) was developing an innovation lab and was also looking into how experimentation can be brought into the government so as to enable it to meet the sustainable development goals.

Who are the main agents that experiment with policies in a country?

As important as the resolve of the central government to experiment with policies is, it is also equally important to have local municipalities and civil organizations on board as the grassroots force. When municipalities try to do things differently and they experiment along the way, the results are low-cost and fast and they also tend to empower the people and help them try to understand experimentation.