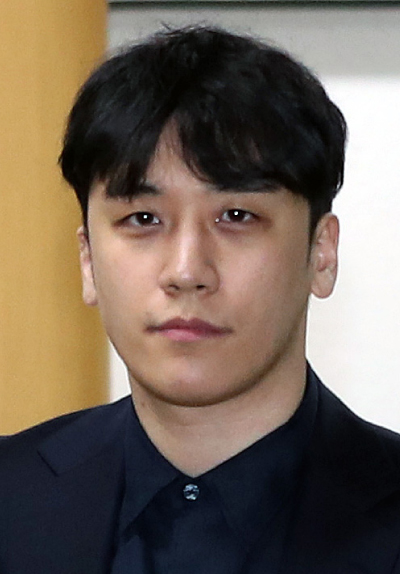 As a major police investigation of the Burning Sun nightclub draws to a conclusion, the Gangnam club has become a symbol of the sleaze Korea preferred to keep out of sight.

In the hundred days since the Burning Sun case was handed off by the Gangnam Police Precinct to a Seoul Metropolitan Police Agency task force, it has been revealed the club was a hotbed of prostitution and drug use, shaking Korea’s entertainment industry, law enforcement and society in general to their core.

The hottest issue at the onset of the scandal was illegal drugs. Drugs were surprisingly easy to score in the middle of Gangnam - including methamphetamines - and clubgoers brazenly took the substances while partying there.

Recreational drugs are, in fact, a bigger part of Korean society than the general public likes to believe.

Before closing their investigation, the police announced there was indeed illegal drug use inside the club, but they could not find evidence of systematic distribution of such substances on the part of the club owners.

Both the club’s chief operator, Lee Moon-ho, and a well-known Chinese broker who brought patrons to the establishment tested positive on drug exams, but still, a systematic connection could not be proven. The two figures were recommended for indictment to prosecutors in late April. A more alarming revelation - raised by the earliest whistle-blower in the scandal - was of alleged corrupt ties between club operators and the police.

A senior police superintendent was charged in March with malfeasance in office and suspended from duties for having leaked confidential information to Burning Sun’s operators.

Another police superintendent, surnamed Seok, allegedly received a hefty sum in bribes from the club in exchange for letting the establishment off the hook for violations that would have warranted a legal suspension of operations. He allegedly took enough bribes to buy a car.

Also discovered was a network of inappropriate ties between local police and other major nightspots in Gangnam, including another well-known club called Arena.

One police investigator was placed under arrest for allegedly receiving bribes from Arena’s de facto owner, a man surnamed Kang, in exchange for overlooking evidence that minors had been admitted to the club. A total of 14 public servants from the Gangnam and Seocho district offices police and firefighting workers were also booked on charges of having received services from local clubs.

The K-pop megastar - Seungri - whose association with Burning Sun as one of its operators brought the case to the center of public attention, has been booked with violating health standards and misappropriation of funds.

His remarks flaunting the lax nature of Korean law in relation to drinking establishments, made in a group KakaoTalk chat room, and his complaints during a police interview that most bars and clubs in Gangnam operated in similar ways testify to how he and his cooperators may have benefited from protection by local authorities. Police are set to seek an arrest warrant for Seungri next week.

Jung and Choi both shared videos they filmed of their sexual encounters with women without the latter’s consent, leading to Jung’s arrest and investigations into Choi. Just last month, a new probe was launched into the pair after a woman came forward accusing them of gang-raping her, adding yet another suspicion to the list of accusations leveled against them.

Yet the case also highlighted a type of sex crime that is not only limited to the world of celebrities, but in fact ubiquitous in all walks of life. The Seoul Metropolitan Police Agency’s cyber-crimes bureau has recently launched an investigation into open chat rooms between journalists and television producers after receiving a tip that illegal sex videos from Burning Sun had been circulated.

Thirteen male suspects were booked by police recently for uploading photos of their girlfriends’ bodies to an online right-wing community, which users commented on in a sexual fashion. Several universities have also been wrapped in controversy after male students shared intimate details of their sexual encounters with their female classmates.